A Roadmap for a Just Transition from Coal to Renewables 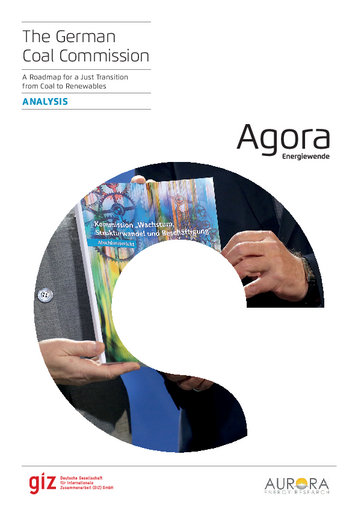 Coal has been a cornerstone of economic growth and prosperity since the dawn of the industrial era. However, climate change, air pollution, and increasing health and environmental concerns require us to end the age of coal as soon as possible. To be sure, countries with heavily coal-dependent energy systems such as China and Germany will face serious socio-economic challenges in the effort to reduce and eventually phase out coal-fired energy production.

To prevent economic disruption and associated social hardship for workers, coal-dependent countries would be well-advised to initiate a political process on how to transition from coal to clean energy. In the summer of 2018, Germany launched such a process by establishing a "Commission on Growth, Structural Change and Employment" - otherwise known as the "Coal Commission". Following in-depth deliberations between key stakeholders, in January of 2019 the Commission presented a comprehensive roadmap for the phase out of coal-fired power generation in Germany by 2038. The federal government has declared its intention to implement the Commission's recommendations.

In this report, we analyse the Commission's recommendations with regard to their anticipated impact on the German electricity sector, carbon emissions, and economic development in coal-mining regions.

The cooperation of Agora Energiewende and Aurora Energy Research is kindly supported by the Deutsche Gesellschaft für Internationale Zusammenarbeit (GIZ) on behalf of the German government.