When offshore wind farms are located in excessive proximity to one another, turbine productivity is impaired. Accordingly, countries on the North Sea should coordinate their development of offshore wind energy. By optimizing the spatial distribution of wind farms, offshore wind can become a key pillar of the European energy system, a new study undertaken on behalf of Agora Energiewende and Agora Verkehrswende shows. 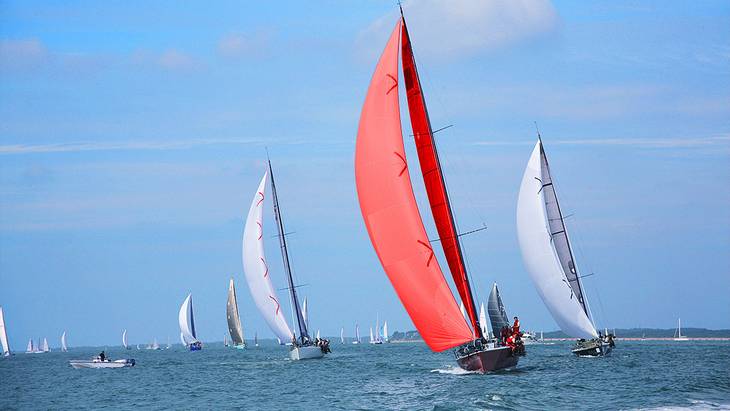 To ensure offshore wind turbines produce as much electricity as possible, it is necessary to coordinate wind farm development and maintain the greatest possible distance between sites. Particularly in the North Sea, this entails transnational planning coordination, a new study commissioned by Agora Energiewende and Agora Verkehrswende finds. Sufficient distance between sites is essential because wind farms reduce the amount of energy that can be harvested from the wind over a large surrounding area. In extreme cases this effect can reduce the productivity of a neighbouring farm by a quarter or more.

As part of the study, researchers at Technical University of Denmark (DTU) and the Max Planck Institute for Biogeochemistry (MPI-BGC) in Jena applied two different models in order to examine various scenarios. These scenarios differed in terms of wind park location and the number and capacity of turbines per square kilometre. Total wind power yields were then estimated for each scenario, all of which looked specifically at Germany’s Exclusive Economic Zone in the North Sea (the area over which Germany has sovereignty, where various wind parks are planned). While the models varied considerably in terms of their underlying approaches, the results were “remarkably consistent”, researchers Axel Kleidon (MPI-BGC) and Jake Badger (DTU) note.

The geophysical mechanism that motivated the study is simple: when kinetic energy is withdrawn from the lower atmosphere by a wind farm, the area around the farm has a reduced potential for harvesting energy that must be replenished from higher atmospheric layers. This phenomenon is similar to the well-known “wake effect” that can occur between turbines and wind farms located in close proximity, yet it arises over a much larger area.

Offshore wind energy is slated to become a key pillar of Europe’s future energy supply. Some 400 to 450 gigawatts of offshore wind power could be installed throughout the EU by 2050 to achieve the goal of a climate-friendly power system. Offshore wind capacity could potentially be expanded by 500 gigawatts in order to meet the enormous demand for power associated with the production of green hydrogen (e.g. for industrial needs). Current scenarios envision 50 to 70 gigawatts of offshore wind capacity in Germany by 2050. With annual power production of 200 to 280 terawatt hours, this capacity is expected to cover about one third to one half of today’s electricity consumption. The study concludes that German wind farms should be built not only in the German Bight but also in more distant areas, because the farms would otherwise be sited too close together, which would reduce their annual yield potential to between 3,000 to 3,300 full-load hours, down from 4,000 full-load hours.

The researchers believe that their findings primarily apply to large scale offshore wind farms. Wind farm size and layouts as wells as wind dynamics in the lower atmosphere are different on land, as the sun heats the earth’s surface during the day, causing stronger mixing in the lower atmosphere. Observation of large-scale wind wake effects is more challenging over land.

The study, titled “Making the Most of Offshore Wind” contains numerous figures and tables, as well as detailed explanations concerning its methodology and assumptions. It is available for download free of charge below.