2015 was a record year for renewable energies, power production and power exports in Germany

Annual assessment shows: Ever more coal power is being exported, but this is not improving Germany’s carbon footprint 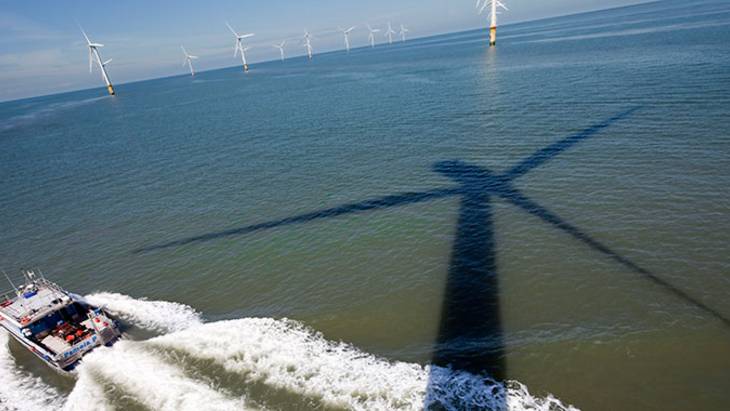 Several records were broken in the German power system in 2015. Renewable energies delivered more power than any other power source previously: Every third kilowatt-hour (32.5 percent) consumed in Germany came from wind, solar, hydroelectric or biomass power plants. In the previous year, these sources provided only 27.3 percent of power needs.  The increase of renewable energies in the power mix by more than five percentage points is the strongest ever recorded. Wind energy contributed the most to this rise, with wind power production up 50 percent over the previous year. 2015 goes down on record as the year in which renewables dominated the power system for the first time ever, becoming by far the most important energy source, according to a comprehensive annual review just published by the think tank Agora Energiewende.

Power production hit a new record high: At 647 terawatt-hours in 2015, more power was generated than ever before in German history. Compared to 2014, power production rose by around three percent, above all because coal power plants barely cut their production, despite the higher share of renewable energy.

Because power usage hardly changed, the rise in power production led to higher power exports. Power exports rose by around 50 percent in 2015, reaching a record 60.9 terawatt-hours. Thus, one tenth of all power produced in Germany was sold abroad. “This shows that Germany has an oversupply of power – despite the shutdown of nuclear power plants. The flipside is that Germany is now exporting power produced by coal-fired plants, which renewable energies have made superfluous at home. The climate impact of Germany’s power system therefore hardly improved last year, and overall greenhouse gas emissions even rose slightly,” says Dr. Patrick Graichen, director of Agora Energiewende. He warns: “Without a clear strategy for decarbonising the power, heat and transport sectors, Germany will not be able to reach the climate protection goals it promised in Paris.”

There was another record as well: On 23 August, renewables covered at their peak 83.2 percent of Germany’s power consumption. The power system passed a litmus test during the partial eclipse of the sun on 20 March: The power system dealt extremely well with very strong fluctuations in nationwide solar power production. “Our assessment shows that the flexibility of the system continues to improve and that power market participants are increasingly adjusting to the fluctuating availability of power from wind and sun,” Graichen says. “At the same time, the number of hours with negative power prices doubled to 126 from 64. But the price level declined considerably, so that the effects of negative power prices are no longer so large.”

Power production from nuclear and gas plants was slightly lower in 2015. The share of nuclear energy in the German power mix declined due to the shutdown of the Grafenrheinfeld nuclear plant. Gas power plants delivered less power, as production costs for these were higher than for coal power plants, due to the low CO2 prices in EU emissions trading.

Power usage rose slightly, as did overall energy usage, due to the cold winter in 2015. “Power savings and building renovation must receive high priority at the political level. Otherwise, the federal government will fail to achieve its 2020 efficiency targets,” Graichen says.

For 2016, Agora Energiewende expects the share of renewable energies to rise further – offshore wind power production is contributing increasingly to this trend. Power prices for private consumers will rise slightly this year to around the same level as in 2014: While the drop in market prices is damping prices, higher grid fees and other levies are counteracting this effect. The extent to which there will be advances in cutting climate-damaging CO2 emissions this year depends on developments in coal power production and energy efficiency.

The study can be downloaded free of charge below (in German language, English summary included). The comprehensive analysis contains numerous figures that help easily explain the development of many important parameters of the power system.