Integrating renewables into the Japanese power grid by 2030 (Summary) 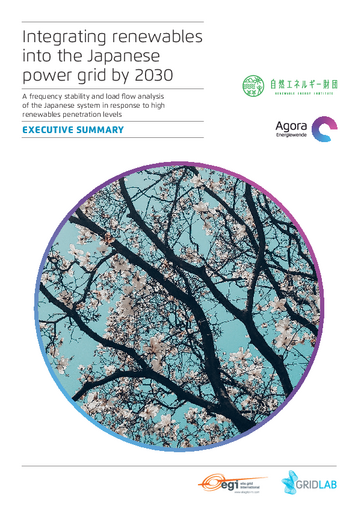 Concerns over whether renewables can be efficiently integrated into Japan’s power grids without endangering grid stability have raised the spectre of a renewables slowdown in the country. International experience has shown, however, that a number of technical measures that are not yet widespread in Japan can be safely implemented to improve grid stability. Unfortunately, there are very few studies in the public domain on these aspects of Japan’s power system.

Visit our events and find more about us!