A Star for China’s Energy Transition 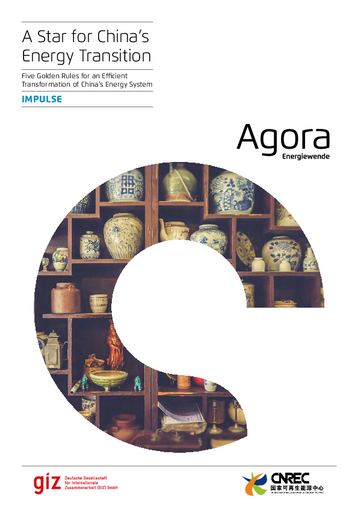 China has become one of the world’s leading countries in the fight against climate change. It has taken a proactive stance in UN climate negotiations and now leads the world in renewable energy deployment. At the same time, China continues to struggle with its own air pollution and greenhouse gas emissions. While Chinese emissions declined in past years, they began to rise again in 2017.

One of China’s largest clean-energy projects is the transformation of its power sector. The government aims to increase the share of non fossil-fuel based electricity in its power system to 50 per cent by 2030. According to our calculations (and those of others), this target is ambitious but feasible. Despite the achievements of recent years, significant challenges remain, especially with regard to the re-structuring of the power system.

This report addresses some of these challenges in detail. It builds on the lessons (positive as well as negative) that we have learned in Europe in recent decades. The key insight offered by the report is that a holistic perspective is necessary to ensure compatibility between policy instruments. We have summarized our findings in Five Golden Rules.