A Clean-Energy Transition in Southeast Europe 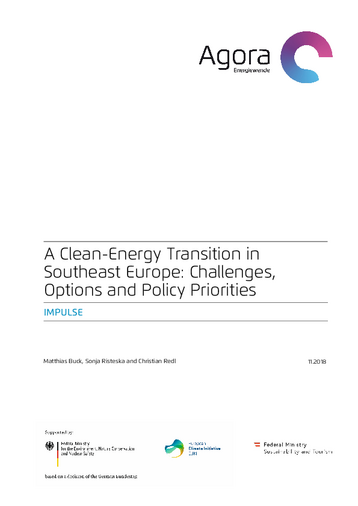 Right now is an auspicious moment for advancing a clean-energy transition in Southeastern Europe (SEE). First, the EU along with the vast majority of the international community has pledged to meet the climate targets laid down by the 2015 Paris Agreement. Second, the EU has begun to push for an integrative approach to climate and energy policy in the region, where four countries are already EU members, four Western Balkan (WB) countries are candidates for EU membership and two Western Balkan countries are potential candidates. Third, this integrative approach, in addition to helping the climate, will narrow the divide between Western Balkan countries and the SEE EU, and between SEE and the other regions of Europe.

Fourth, the costs of renewable energy technologies have fallen markedly in recent years. If the SEE is to reap the benefits of these cost reductions and develop low-cost renewable energy projects that are cheaper than conventional alternatives, however, it must overcome significant barriers in its regulatory, policy, financing and market framework for investment.

The project "Western Balkans Energy Transition Dialogue" is funded by the Austrian Federal Ministry for Sustainability and Tourism (BMNT).