Rooftop solar: Very attractive, but its potential is limited 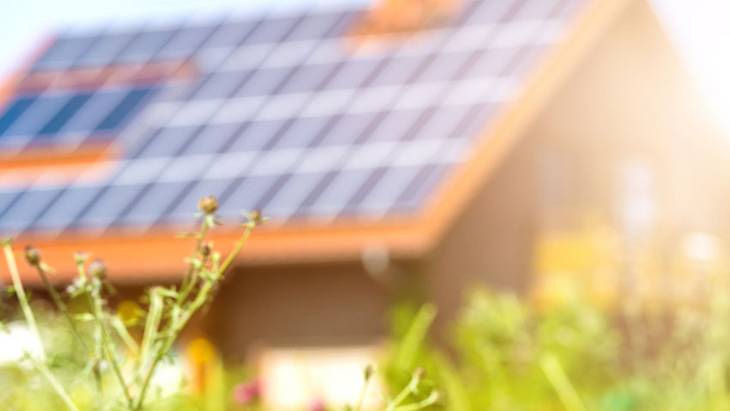 Homeowners who invest in rooftop solar photovoltaics (PV) and use the energy they produce have spent their money wisely: A recent analysis conducted by Prognos AG on behalf of Agora Energiewende shows that self-supply from solar power in Germany can consistently yield returns of more than four per cent in the coming years. This rate could even run as high as 24 per cent, depending on whether the PV system includes heat and battery storage.

Talk of these potential returns can create uncertainty and anxiety around whether growing numbers of residential households will defect from the conventional electricity grid, resulting in an increase in costs for consumers without solar installations. The study also concludes, however, that over the medium-term — 2016 through 2035 — self-consumption of solar power will play only a secondary role in overall national electricity consumption.

As illustrated in the study, only one out of five kilowatt-hours supplied by the grid and used by a single- or two-family home can be replaced by rooftop PV. This equals a maximum of 20 terawatt-hours annually across all of Germany. For commercial buildings in the sectors best suited to solar PV, agriculture and food trade, the potential for self-consumption is considerably lower: approximately four terawatt-hours annually, displacing around 13 per cent of the grid-supplied power. At best, self-consumption from these sectors and from single- and two-family homes combined is five per cent of today’s net electricity demand of approximately 530 terawatt-hours per year.

“There’s simply no reason to fear a solar boom where everyone is generating their own power. Even if every eligible homeowner installed a rooftop solar array overnight so they could generate their own power, the EEG-surcharge would only increase by a maximum of 0.5 cents per kilowatt-hour,” reassures Dr. Patrick Graichen, Executive Director of Agora Energiewende. Even though there is considerable potential for rooftop solar PV to generate power in excess of the amounts indicated in the study — allowing owners to, for example, power an electric car or heating system — this self-consumption does not replace electricity previously being drawn from the grid. Nor does it, in turn, increase costs, such as the EEG surcharge, that are apportioned to consumers across the nation.

The authors of the new study identify the need for clarity surrounding the potential of regulations governing photovoltaic systems on rental properties. Unlike homeowners, tenants are rarely able to profit from solar panels on their roof. “Past regulations have been characterized by ever-changing and, at times, contradictory rules. This muddies the economic outlook for self-supply on rental properties and, as a result, it’s difficult to gain clear perspective on its potential,” says Graichen. “In order to ensure that tenants can also use their own solar power, regulators need to establish a stable, clear, and binding regulatory framework to regulate both future self-consumption and tenant electricity consumption.”

The analysis, Eigenversorgung aus Solaranlagen, is available for download below. An English summary is provided on pages 5-7.