Agora Energiewende submits review of the European electricity system in 2015 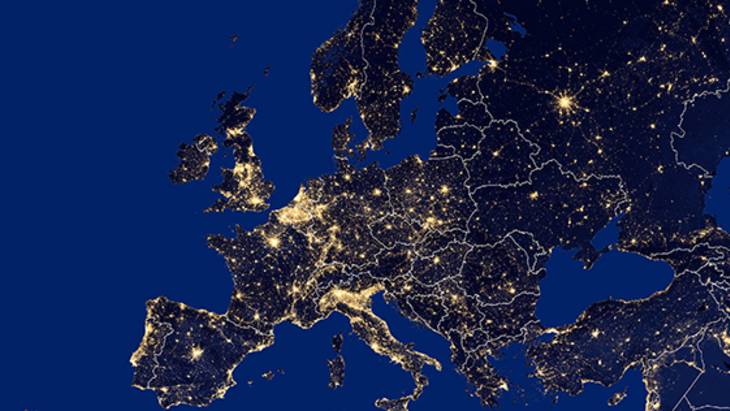 Last year, renewables were the energy source that accounted for the largest share in the EU electricity supply. At 29 per cent, renewables were ahead of nuclear power (27 per cent) and coal (26 per cent). After electricity generation from renewable sources had grown substantially between 2010 and 2013, growth between 2014 and 2015 was moderate – from 899 to 922 terawatt-hours (TWh). Harmful coal-based power generation grew to the same extent, going back up to 2010 levels. As a consequence, carbon dioxide emissions in the EU electricity system rose by two per cent. These facts are contained in the review of the European electricity system in 2015 which the independent think tank and policy institute Agora Energiewende submitted on the basis of current official figures.

Wind energy accounts for the lion's share of the growth in renewables. This segment increased by 50 TWh to 307 TWh. Since precipitation was less favourable than in 2014, the electricity output of hydroelectric power stations declined by 36 TWh. All in all, renewable energy sources contributed 923 TWh to European electricity generation. This represents an approx. 50 per cent increase compared to 2010. The countries with the largest renewables shares are Germany (193 TWh), Italy (109 TWh), Spain (99 TWh), Sweden (97 TWh) and France (90 TWh).

"Coal is pushing gas out of the European electricity market. Given the harmfulness of coal to the climate, it should be exactly the other way round," says Dr Patrick Graichen, Director of Agora Energiewende. "If the price per ton of CO2 was EUR 30 instead of the current EUR 5, climate-friendly gas power stations would be back in action."

The European Union has resolved to reduce greenhouse gas emissions by a minimum of 40 per cent below the 1990 levels and raise the renewables share in final energy consumption to 27 per cent. "To reach these targets, the share of renewable energy sources in the electricity sector must rise to around 50 per cent in the coming 15 years and coal-based power generation must decline by around two-thirds," says Mr Graichen. "Decarbonisation of the electricity sector is now on the European agenda." For a detailed consideration of the measures required to achieve this, Agora Energiewende will submit a concept paper entitled "The Power Market Pentagon" folloing the EU annual review 2015.

The analytic paper entitled "Energy Transition in the Power Sector in Europe – State of Affairs 2015" was prepared by Agora Energiewende in conjunction with the Öko Institut.