Lower demand for electricity, more renewables and cheaper electricity production from gas heralded the beginning of the end of coal – which, for the first time, produced less electricity than wind turbines did. Due to the pandemic-related economic crisis, greenhouse gas emissions dropped to a low. 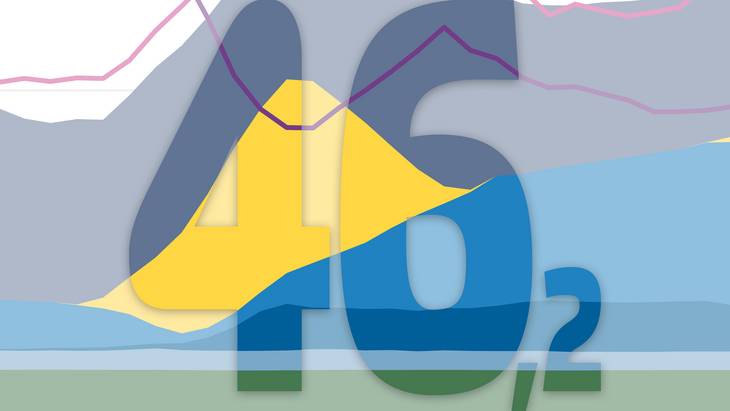 As a result of the pandemic, Germany's greenhouse gas emissions fell significantly in 2020, coming in 42.3 percent below the reference year of 1990. Germany thus met its 2020 climate protection target of a 40 percent reduction. One main driver was recession-induced declines in energy consumption, industrial production and transport. In addition, carbon prices were relatively high and gas prices low. A mild winter also led to low heating energy consumption. These and other calculations were published today by think tank Agora Energiewende in its annual review of the German energy transition.

According to the estimates, Germany reduced its greenhouse gas emissions by over 80 million tons of CO2 to around 722 million tons. Two thirds of this reduction are corona effects; without them, the reduction would have been around 25 million metric tons. The reduction in emissions compared with 1990 would then have been 37.8 percent. "Real climate protection effects were only seen in 2020 in the electricity sector, because here the CO2 reductions are due to the replacement of coal by gas and renewables," says Dr. Patrick Graichen, director of Agora Energiewende. "Transport and industry will again emit more greenhouse gases once the economy picks up. And in the energy sector, electricity consumption could outstrip the growth in renewables in 2021. We therefore expect more emissions overall in 2021. Only rapid climate policy action can counteract this trend."

According to Agora’s analysis, gas, coal and nuclear power plants lost six percentage points in the generation mix last year, supplying only 50 percent of German electricity for the first time. In contrast, renewable energy plants increased their production to 45 percent of the generation mix. Measured in terms of electricity consumption, which excludes the electricity export surplus, renewables achieved a share of 46.2 percent, an increase of 3.8 percentage points compared with the previous year. Without corona and the resulting 3.6 percent drop in electricity demand, the share of renewables would have been only 44.6 percent in 2020.

Two-thirds of the increase in renewables is attributable to a good wind year and more offshore wind power; one-third, to photovoltaics. PV benefited from both sunny conditions and 4.4 gigawatts of capacity additions in 2020. At 51 terawatt-hours, solar energy supplied more electricity than hard coal (42.5 terawatt-hours) for the first time. By contrast, wind energy continued to grow slowly in 2020 and thus made hardly any contribution to the growth of renewable energy.

"At just 12 terawatt-hours, the growth of renewables is well below the average of recent years due to the crisis in wind power. This is nowhere near enough for Germany to meet its climate targets for 2030," says Graichen. "Instead, the growth of wind power must be tripled and solar power doubled in line with the installation rates we had a few years ago. Germany has managed to increase the share of renewables in electricity consumption from 17 to 46 percent over the past ten years. We now need a similar effort consistently up to 2030."

Globally, wholesale prices for all forms of energy fell to historic lows in 2020. Crude oil was sold at negative prices at times. As a result, prices for gasoline and diesel also collapsed. Spending on gasoline fell by around three billion euros due to lower demand and the reduced cost of oil imports.

The trend was similar for natural gas: At 10 euros per megawatt-hour, the cross-border price spent several months at a level not seen since the turn of the millennium. The price situation was the same for imported hard coal, which was 20 percent cheaper on average over the year than in 2019. Prices for CO2 emission allowances remained relatively stable, averaging around 24 euros for the year but rising to more than 30 euros at the end of the year.

Wholesale prices on power exchanges fell as a result of lower fuel costs, lower demand for electricity, and a slight increase in the supply of electricity from renewables. They averaged 3.05 cents per kilowatt-hour but dropped significantly during the lockdowns, falling to a monthly average of 1.71 cents in April.

Combined with the reduced trading volume for electricity, lower wholesale prices led to around €4 billion in savings. Power consumers did not benefit because electricity distributors typically purchase energy on a long-term basis. However, competitive electricity distributors may have secured favorable wholesale prices on the futures market in 2020 for favorable offers in 2021. Consumers might be able to take advantage of these changes by switching power providers.

For 2021, Agora Energiewende expects further increases in carbon prices. EU heads of state and governments resolved in December 2020 to raise Europe climate target for 2030 to a 55 percent greenhouse gas reduction. Higher carbon prices will put further pressure on both hard coal and lignite power plants. The tightened EU climate target is also likely to ramp up the debate on accelerating the expansion of renewables in Germany. The coalition parliamentary groups stated greater ambitions while amending the Renewable Energy Act (EEG) in December. In addition, a CO2 price of 25 euros per metric ton will apply at the national level for heating fuels from January 2021, which is likely to strengthen the trend toward building retrofits, renewable heat production and electromobility – but not yet to the extent required to achieve climate targets.

At the international level, the 26th International Climate Conference in Glasgow takes place in November 2021. The agenda includes the return of the USA to the Paris Climate Agreement and an announcement of higher 2030 climate targets for all signatory states. "In light of the EU's tightened 2030 climate target and in order to safely achieve climate neutrality in 2050, the Federal Republic of Germany cannot avoid raising its national 2030 climate target as well. A greenhouse gas reduction of at least 65 instead of the current 55 percent by 2030 compared to 1990 is appropriate for Germany. All economic players should prepare now for this inevitability," says Graichen.

The study entitled (in German with a summary in English) "Die Energiewende im Corona-Jahr: Stand der Dinge 2020" is available for free download below. Across 82 pages, it includes numerous illustrations, which can also be downloaded separately in common formats.