Coal power is on the decline, yet emissions have increased – 2016 was a year of mixed success

An annual assessment conducted by Agora Energiewende finds that despite numerous positive trends in Germany’s transition to green energy, the speed of change is not fast enough to meet the climate and efficiency targets set for 2020. 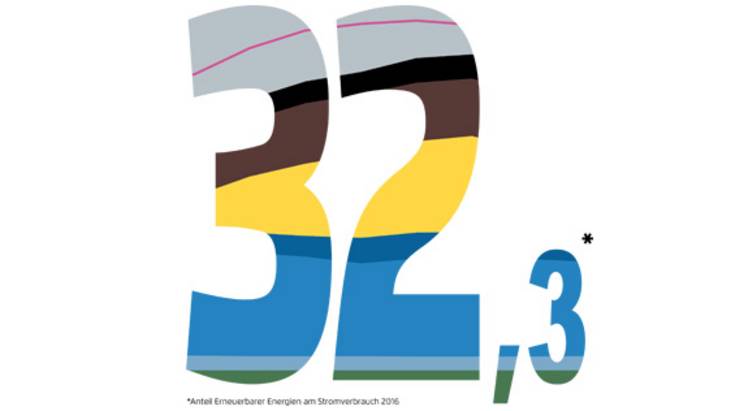 Germany’s transition to green energy was marked by both progress and setbacks in 2016. On the one hand, the power system became more climate friendly for the third year running: gas power plants gained back market share from coal-fired plants; the phase-out of nuclear power continued as planned; renewable energy systems delivered more electricity than ever before; electricity use fell; and support for the energy transition among Germans grew from its already high level. On the other hand, by the end of 2016 it became clear that Germany’s total greenhouse gas emissions had risen once again; that in 2017 domestic electricity prices would exceed the 30-cent per kilowatt hour mark for the first time; and that the transition’s progress has been too slow to reach the 2020 climate and efficiency targets without major additional efforts. These are the key findings of the Agora Energiewende 2016 annual assessment released today.

The assessment found that renewables accounted for almost one out of every three kilowatt hours of electricity consumed in Germany – 32.3 per cent, to be exact – raising the share of green energy in the German power mix 0.8 percentage points. But despite the strong increase in capacity from wind turbines (five gigawatts) and PV installations (1 gigawatt), only four additional terawatt hours of green energy were produced relative to the previous year due to the below-average amount of wind and sun in 2016. “The take-home lesson for the energy transition going forward,” observes Patrick Graichen, the director of Agora Energiewende, “is to gear the expansion of renewables to the years when wind conditions are poor, which occur at regular intervals. This is the only way to anchor climate protection in the energy system.”

Gas-fired power plants elevated production considerably, generating around 25 per cent more electricity than in the previous year. At 12.1 per cent of the German energy mix, electricity from gas-fired plants was almost as high as that from nuclear power plants (13.1 per cent), which produced half as much electricity as in 2000.

As electricity from gas-fired power plants and from renewables increased, the share of power generated by lignite plants fell to 23.1 per cent (-0.8 percentage points) and the share of power generated by hard-coal plants dropped to 17 per cent (-1.2 percentage points). This continued the decline of coal-fired power generation that began in 2014. “If the decline of coal-fired power generation in 2016 continues,” Graichen observes, “the last coal power plant will be shut down by the beginning of 2038.” This timetable, he continues, “corresponds to the coal consensus path proposed by Agora Energiewende. Soon after the Bundestag elections discussions must be begin if Germany is to reach a general consensus on climate protection, structural transformation and security of supply.”

The diminished use of coal is reflected in the climate footprint left by the German power system. In 2016, CO2 emissions in the power sector amounted to 306 million tonnes, declining 1.6 per cent relative to 2015 levels. By contrast, total greenhouse gas emissions in Germany rose from 908 to 916 million tonnes, for an increase of 0.9 per cent. To put it in perspective: CO2 emissions in the power sector declined for the third consecutive year, while the results of climate protection are nowhere to be found in the industrial, heating and transportation sectors. “The energy transition is not only about the power sector,” says Graichen. “Industry, heating and transportation must also do their part in protecting the environment.”

Germans continue to see the country’s transition to green energy in a positive light, with even higher approval ratings in 2016. In an annual survey, 93 per cent of German citizens said that the energy transition was “important” or “very important,” a rise of three percentage points since 2015 and the highest level in five years. Germans also have a better view of its execution. 47 per cent of those surveyed rated it as “good” or “very good,” another 3-percentage-point rise.

The annual assessment also found that 2016 was a year for cheap energy. The prices of coal, oil and natural gas fell on the world market, as did the spot market prices for electricity, which hit a 10-year low at 26.60 euros per megawatt hour. At the same time, the German–Danish solar energy auction showed how affordable solar power can be, fetching a kilowatt hour price of 5.38 cents, the lowest ever paid in Europe.

The 50-page Agora Energiewende report was based on analyses of numerous publically accessible datasets. The report (in German) is available below. It contains an English summary.