Just an energy transition is not an option for South Africa, the transition must be just 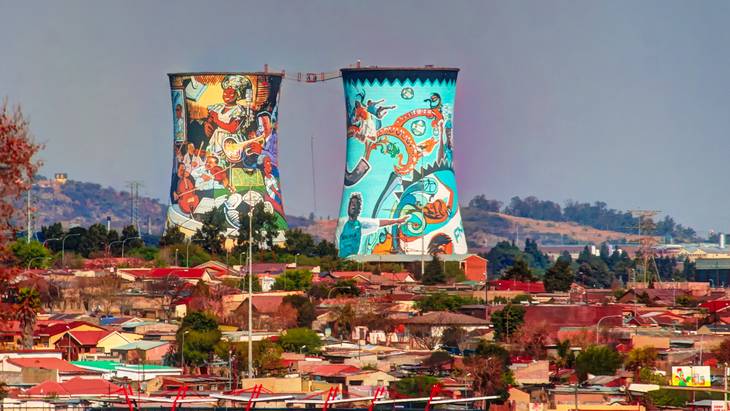 In recent months, the concept of a ‘just transition’ has emerged as a linchpin in the South African government’s communication around the future of the country’s energy sector and its role in economic recovery and development. Most notably, it has been used by the President, Cyril Ramaphosa, who has committed to engaging with labour and other key stakeholders in order to create “proper, credible and sustainable plans that will address the needs of all those who may be affected”. How this commitment is put into policy and practice will have broader implications, as many other – especially developing – countries will look to South Africa as a litmus test for the feasibility of a ‘just transition’ and climate change mitigation in the context of development imperatives. But why should ‘justice’ be central to the ‘transition’ of the South African energy system? There are at least three reasons for this.

The first, is that South Africa is one of the most carbon-intensive economies in the world, contributing more than one percent of global Greenhouse Gas (GHG) emissions despite its proportionately smaller population and gross domestic product (GDP). The energy sector accounts for the bulk of these emissions: More than 80 percent of the sector’s emissions result from the production of coal fired power (coal fired plants generate 92 percent of the electricity) and coal liquification. However, the global energy transition is driving fundamental changes in South Africa ahead of national policy responses. Most notably, old – and even newer – coal power plants, will increasingly be replaced/displaced by renewable energy according to government and independent least cost planning models, with many power plants reaching end of life in the next 10 to 15 years. An energy transition will thus result in radical and accelerated changes to the energy system, associated with a shift from traditional energy resources and related technologies.

It’s more than just a question of jobs: Involve and empower local communities

The second, is that South Africa is the most unequal economy in the world, according to the World Bank’s Gini index. Around half of the population live below the poverty line and stubborn, structural unemployment means that 36.8 percent of people who want to work are out of employment. With 80,000 direct jobs in the coal sector (most of which are in a single province) and many of the forecast 100,000 jobs in renewable energy in different geographic locations, just an energy transition is not an option – the transition must be just if political upheaval and deepening economic inequality are to be avoided. However, a just transition is not just about jobs – it is also about addressing and engaging with communities affected by the environmental impacts of coal power, interrogating the distribution of jobs in different local economies, and reducing energy poverty. It is equally important to empower and involve different communities which are effected in decision-making processes.

The third, is that the electricity sector is contending with an unprecedented, intersecting financial, operational and governance crisis. Though the crisis has been brewing for some years, it has reached a breaking point. Its effects are being felt and are highly visible across the economy and society:

Many parts of society are suffering from the power crisis

The electricity crisis is the single greatest threat to the South African economy and the national fiscus. In 2019 alone, bailouts for Eskom account for half of the budget deficit – with implications for the sovereign’s credit rating. Supply insecurity has also contributed to job losses and economic contraction. This means that the ‘just transition’ in the energy sector may be considered a top and immediate political priority.

However, South Africa is far from having a clear roadmap to a ‘just transition’. Charting such a path will require transformation not only in the ‘what’ of policy, but also the ‘who’ and the ‘how’. A new approach is needed, as the predominance of an ostensibly technocratic approach has historically failed in engendering the type of multi-stakeholder support and consensus necessary for implementation. Indeed, the policy landscape is characterised by deep paradigmatic cleavages between different policy-making communities, which have contributed to a polarised, zero-sum public discourse where neither side is willing to seek a middle ground. At a very basic level, two camps dominate. On the one side, a pro-renewables coalition which also supports greater private sector participation and liberalisation. On the other, a pro-coal and pro-nuclear coalition, which favour a state driven response to protect workers. It is thus understandable why the ‘just transition’ has emerged as a conceptual bridge, leveraged to conciliate factional policy communities by linking a transition to renewable energy with questions relating to jobs and the role of the state. If further entrenchment of distrust and policy grid-lock is to be avoided, it is essential that the ‘just transition’ is not simply used as a virtue signalling device by government - it must be put into practice in policy making, preferably incorporating a wide conception of justice which includes distributive, procedural, structural and justice as recognition.

This will require meaningful engagement with the legacies - and realities - of the sector. Of chief importance: issues of ownership and participation (private sector vs the state or communities), inequality, employment and social development, access and affordability, the effects of environmental and other externalities, and an equitable distribution of the costs and benefits of an energy transition in a highly unequal context. Inclusive and democratic processes, grounded in transparent evidence and research which recognises different perspectives and sources of expertise, are needed to ensure that all stakeholders – especially the most vulnerable – are represented and involved in decision-making. There is a shared responsibility to work collectively to transform institutional structures that produce or perpetuate injustices in the sector – including as relates to governance, discrepancies in power and representation, and outcomes.

Many will be looking on as South Africa begins to pave the way for a ‘just transition’. The country has the opportunity not only to be amongst the forerunners in the developing world when it comes to the energy transition, but to also become an example of what and how a transition can be just. A long road lies ahead. 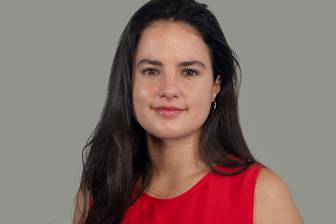 PhD Candidate at the University of Cape Town

All posts by Catrina Laura Godinho