Ahead of the EU-Western Balkans Summit on 6 October in Slovenia, think tank Agora Energiewende puts the spotlight on a common energy transition challenge: the need to accelerate the phasing out of coal. For the EU-27, the think tank presents a policy mix of measures to eliminate the climate harmful fossil fuel by 2030. For the Western Balkan countries, it describes pathways to gradually abandon lignite by 2040. 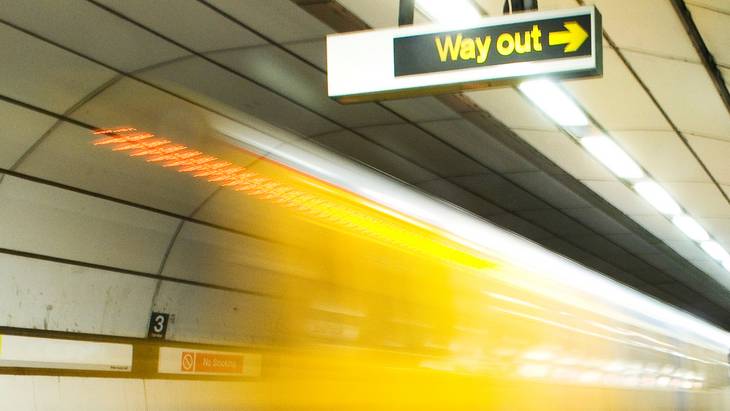 The European Climate Law obliges the EU institutions and the Member States to take all necessary measures to reduce net domestic greenhouse gas emissions in Europe by at least 55 percent by 2030. This means a complete coal phase out in Europe by that date. Against this background, Agora Energiewende puts forward an action plan based on a policy mix of measures that includes strengthening the EU Emissions Trading System, replacing coal-fired power plants with solar PV and wind, ensuring security of supply, as well as a quick adaption of national coal phase-out and just transition plans to bring them in line with Europe’s higher climate ambition.

“Currently rising energy and power prices in Europe are a wake-up call, we need to accelerate the expansion of renewables as they will ensure that prices remain stable on the long term,” says Matthias Buck, Director of European Energy Policy at Agora Energiewende. “Replacing coal directly with renewables would lead to a moderate increase in wholesale power market prices of 0.5 cents per kilowatt hour in 2030 - a figure that is dwarfed by the current increase in power prices driven by more costly fossil gas.”

As a reminder, the EU’s 2030 climate target of –55 percent means that it will provide a CO₂ emission reduction potential of 1 billion tonnes beyond the 40 percent emissions reduction scenario.

“Our study demonstrates that a coal phase-out by 2030 is technically possible and affordable. Politicians need to be honest that a coal phase-out in Europe is only nine years ahead and should quickly enable stakeholders in regions still depending on coal mining and coal use to develop a vision and concrete plans for a socially just transition,” Buck adds.

As it is, six countries have not yet set a date for phasing out coal by latest 2030: Bulgaria, the Czech Republic, Germany, Poland, Romania, and Slovenia. Altogether, they accounted for 74 percent of coal-based power generation in the EU in 2018.

Governments in the Western Balkan region currently plan two gigawatt of new lignite capacity. Modelling for the study “the future of lignite in the Western Balkans” shows that these plants could generate a cumulative loss of 30 billion euros by 2050 because of the combined low efficiency of lignite mining, rising costs to comply with air pollution regulation and limited export opportunities for electricity produced in view of the EU’s planned Carbon Border Adjustment Mechanism (CBAM). An accelerated coal phase-out therefore is the best strategy to avoid financial losses and stranded assets.

“The recent announcement of the Chinese government to stop financing coal abroad increases significantly the financial pressure on existing and planned coal power plants in the region”, Buck points out, adding that the EU’s planned Carbon Border Adjustment Mechanism also means that countries in the region should either prepare to stop exporting power to the EU or make concrete commitments to progressively clean up their power systems.

The study also demonstrates that a gradual phase-out of lignite would lower overall power system costs if it is accompanied by a rapid expansion of renewables, enhanced interconnections, regional power market integration, strengthening of existing hydro-storage and targeted investments in flexible gas plants.

The six countries of the Western Balkans are: Albania, Bosnia and Herzegovina, Kosovo, Montenegro, North-Macedonia, and Serbia. They are currently considering comprehensive energy and climate policies within the context of the EU accession process.

The EU-Western Balkans Summit will take place on 6 October in Slovenia which currently holds the rotating EU presidency until the end of the year. The summit will bring together the Heads of State or Government of the Member States of the European Union and their counterparts from the Western Balkan region. Main topic will be the EU’s enlargement process - which includes an environmental and climate package.

As it is, the six Western Balkans states have already committed to aligning their environmental and climate policies with those of the EU: On November 10, 2020, their leaders signed the Sofia Declaration on the Green Agenda for the Western Balkans. The declaration acknowledges the European Green Deal as the European Union’s new growth strategy towards a modern, climate-neutral, resource-efficient, and competitive economy. This led their leaders to committing to work in line with the Green Deal towards climate neutrality in 2050.

However, lignite is still fundamental to the energy sector in the Western Balkans, accounting for around 70 percent of electricity produced in the region excluding Albania.

The Green Agenda leaves the enforcement up to the national governments through their respective legal framework, particularly through the adopted EU and Energy Community acquis. It also explores the adaptation of the EU Just Transition Mechanism and associated funding to the Western Balkan region. This mechanism would support a green and just transition process by providing resources, such as reskilling programmes and access to new jobs, for the most affected regions. In December 2020, the European Commission established the initiative for coal regions in transition for the Western Balkans and Ukraine, which provides a space for multi-stakeholder dialogue to share best practices.

The study entitled „Phasing out coal in the EU power system by 2030“ was written by Agora Energiewende in cooperation with enervis energy advisors. The 30-page publication identifies a policy mix to phase out coal by 2030, ensure security of supply, minimise costs to consumers and avoid new fossil fuel locks-in.

The study entitled „The future of lignite in the Western Balkans” was written by Agora Energiewende in cooperation with enervis energy advisors as well as regional think tank partners RESET from Bosnia and Herzegovina, INDEP from Kosovo and ASOR from Serbia. The 100-page publication presents different scenarios for a lignite phase-out by 2040 in the Western Balkans.