Agora Energiewende and the International Energy Agency (IEA) hosted a public event to discuss global perspectives for energy systems integration. The current trend towards electrifying transport, heating and industry represents a unique opportunity to decarbonise sectors, previously seen as hard to abate in terms of emissions. This, along with key resources such as hydrogen, contributes to broadening the scope of options to integrate ever greater shares of variable renewable energy (VRE) and accelerate the decarbonisation of the wider energy system. This event will shed light on the opportunities and challenges integrating electric vehicles into the power system and of synthetic fuel production and use.

The deployment of electric vehicles has been growing rapidly over the past ten years, with the global stock of electric passenger cars passing five million in 2018, an increase of 63 percent from the previous year. According to the IEA’s EV30@30 scenario, global electric vehicle sales are set to reach 33 percent by 2030. Without concrete efforts for integration in the power system, this will have a significant effect on electricity consumption patterns and the associated requirement for additional network infrastructure. This workshop will provide an overview of innovative approaches – from long-term planning to concrete pilot projects – to better understand and enable the link between transport electrification and power system flexibility.

Electricity-based fuels – referred to in the following as “electrofuels” – can promote decarbonisation if they are produced with renewable power and if carbon inputs (when required) are climate-neutral. The most important electrofuel is hydrogen as the basic molecule, followed by methane and liquid fuels. The precise role that these fuels will play in the energy system of the future is still unclear, however.The answer to this question depends in large part on cost competitiveness, infrastructure development and favorable policy frameworks. Clean, green hydrogen is becoming an important topic of political and business consideration, with the number of research, policies and projects around the world expanding rapidly.

What are the benefits and challenges of scaling up technologies? What is the potential role of electrofuels in 21st century power systems characterised by high shares of clean energy and increasingly electrified economies?

How a half-day event at BETD became a webinar
Originally, this event was planned as a side event of the Berlin Energy Transition Dialogue (BETD) at the end of March, which was cancelled in mid-March due to the corona pandemic. Since the program had been ready at that time and all participants were very interested in a virtual alternative, we amended the programme to host it as a webinar.

The webinar took place in English.

PRESENTATION
The slides can be found in the download section below.

RECORDING
We recorded the webinar. The recording can be found above. 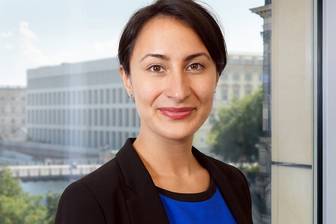