The Future of Lignite in the Western Balkans

Scenarios for a 2040 Lignite Exit 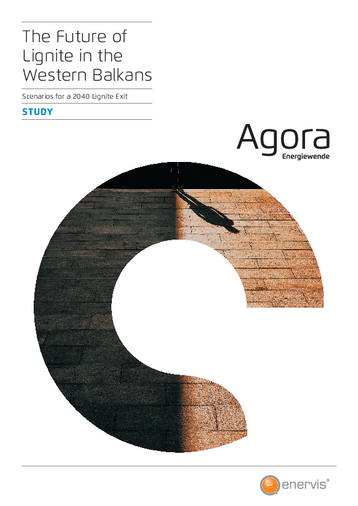 In November 2020, the six Western Balkan countries signed the ‘Sofia Declaration’ committing themselves to climate-neutrality by 2050. The Green Agenda for the Western Balkans, adopted together with the Sofia Declaration, could pool 28 billion euros of investments to support the region’s economic recovery and long-term convergence with the EU, particularly by accelerating climate protection and the clean energy transition.

Climate-neutrality by 2050 cannot be achieved without a phasing out of lignite for power production. Still, most of the power sector in the Western Balkans is yet to act. Apart from North Macedonia, no other lignite-reliant country has publicly announced a phase-out. On the contrary: 2 GW of additional lignite capacity is planned in the region either with Chinese or unclear financing; generally, in conflict with state aid rules and air pollution limits. The absence of a CO₂ pricing mechanisms contributes to these developments. Without a change in direction, countries and taxpayers will soon face stranded assets and unserviceable loans, particularly because the EU’s Carbon Border Adjustment Mechanism will make the newly planned lignite units unprofitable.

To support the necessary debate on a lignite phase-out strategy for the Western Balkans, we have teamed up with enervis energy advisors and our regional think tank partners RESET from Bosnia and Herzegovina, INDEP from Kosovo and ASOR from Serbia to develop analytically robust scenarios for a lignite phase-out by 2040. The results are clear: countries in the region should align their climate and energy policies with the EU’s 2030 and 2050 targets! The EU Green Deal is an opportunity for these countries to initiate a deep decarbonization of their power systems based on renewable energies. Now is the moment for the Western Balkans to seize that chance.

from "The Future of Lignite in the Western Balkans" on page
Download: PNGEPSPDFAll graphics in one ZIP file
Notes for publication