The energy transition in the power sector: State of affairs 2016 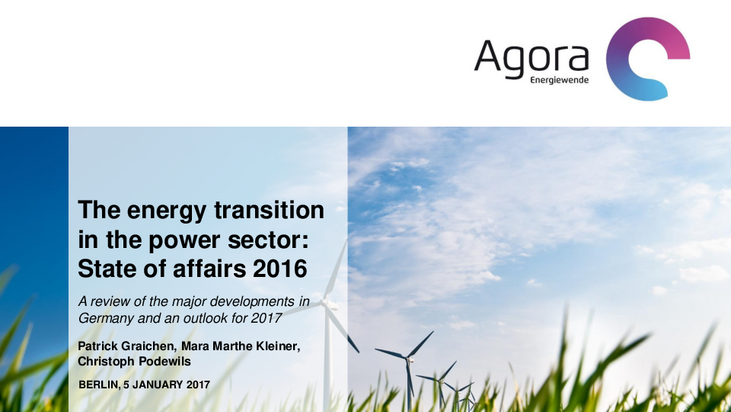 Germany’s transition to green energy was marked by both progress and setbacks in 2016. On the one hand, the power system became more climate friendly for the third year running: gas power plants gained back market share from coal-fired plants; the phase-out of nuclear power continued as planned; renewable energy systems delivered more electricity than ever before; electricity use fell; and support for the energy transition among Germans grew from its already high level.

On the other hand, by the end of 2016 it became clear that Germany’s total greenhouse gas emissions had risen once again; that in 2017 domestic electricity prices would exceed the 30-cent per kilowatt hour mark for the first time; and that the transition’s progress has been too slow to reach the 2020 climate and efficiency targets without major additional efforts.