Speeding up the energy transition in South Korea

Part 8 of the Agora webinar series (in English)

South Korea’s energy system and its energy policy are undergoing a profound transformation. South Korea traditionally relies on fuel imports. Around 40 percent of the total electricity is produced from coal and 30 percent from nuclear. But, despite its land constraints, the country is currently redefining its long-term energy plan,becoming the first country in the region proposing the ‘Green New Deal’ with ambitious greenhouse gas emission reduction goals.

Against this background, the Korean think tank Green Energy Strategy Institute (GESI) supported by Agora Energiewende has modelled several scenarios of the South Korean power system in the next ten years, paving the way to reach the net-zero target.

Which policy instrument is effective to reduce greenhouse gas emissions? How about the coal phase-out plan? How many gigawatts of renewables can be installed in a land-constrained country like South Korea?

In the webinar, Pil Seok Kwon (GESI) and Mentari Pujantoro (Agora Energiewende) presented the findings from the study ‘Speeding up energy transition in Korea’ http://bitly.kr/mmhlFDSbN and discussed the latest energy policy development in Korea. The one-hour webinar was held in English and included a Q&A session.

PRESENTATION
The presentation can be found in the download section below.

RECORDING
We recorded the webinar in order to allow anyone not able to follow it on 12 May to watch it afterwards. The recording can be found above.

Speeding up the energy transition in South Korea

Part 8 of the Agora webinar series (in English) 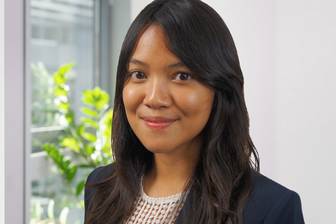