Promoting regional coal just transitions in China, Europe and beyond

Europe-China dialogues on a just coal transition in 2021 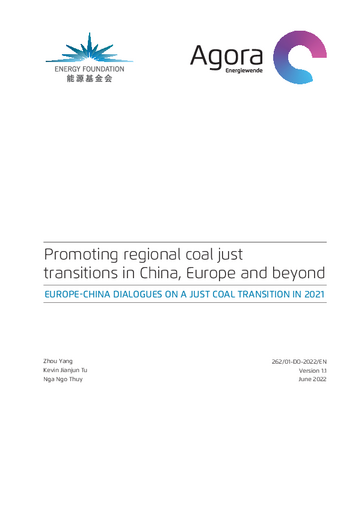 Largely driven by the unexpectedly strong domestic demand for power and surging industrial activities, China’s coal consumption increased substantially by 4.6 percent in 2021, marking the highest record of annual growth since 2012.

The pandemic and its aftermath, together with the current geopolitical conflicts in Europe, have added more uncertainties to the energy transition agendas of China and the world. In particular, this may mean that coal-producing regions are seen as a source of energy security, which would potentially lead to delays in their transformation process. Therefore, more concerted endeavors are called on to move the just transition agenda forward for coal regions and coal-sector employees.

In 2021, Agora Energiewende and Energy Foundation China (EFC) co-organized three dialogues on a just transition for China’s coal-reliant regions. The series of dialogues discussed the challenges faced by coal-based corporations and by the communities affected by the coal transition in major coal-producing and coal-consuming regions, and proposed possible solutions that could help mitigate transition impacts in both China and Europe, along with wider policy relevant implications for other parts of the world.

This paper summarizes the key findings from the dialogues and identifies the differences and similarities of the challenges faced by the coal regions in China and Europe. The conclusions from this paper will support further in-depth research and bilateral conversations on promoting coal just transitions in China, Europe and beyond. 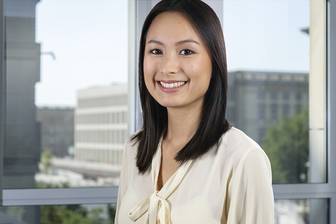