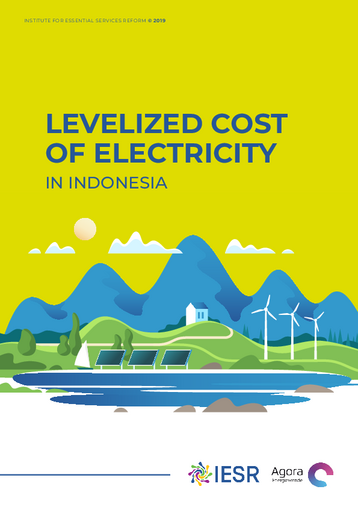 Indonesia has set the objective for 23 percent share of renewables in their primary energy mix and 45 gigawatt of renewable installed capacity by 2025 based on the national energy plan. In reality, Indonesia is currently far from reaching the set target as renewables deployment has been slowing down in the past few years. Renewable implementation in the country still faces many barriers. One of them is that the renewable plant is still considered as expensive source of electricity. However, there is a lack of available information on why renewable energy is expensive in Indonesia and if there is a way to bring the cost of renewables down like already happened in other countries around the world. This study aims to understand what is the cost of generating electricity from renewables and fossil fuels in Indonesia using an levelised cost of electricity (LCOE) tool developed by IESR based on an Agora Energiewende model.

Through better understanding of the LCOE, IESR hopes to develop a constructive fact-based dialogue that can help policy makers and developers alike to make an objective judgment on the energy plan and investment.

The key findings from the studies are: