Energy Transition in a Nutshell 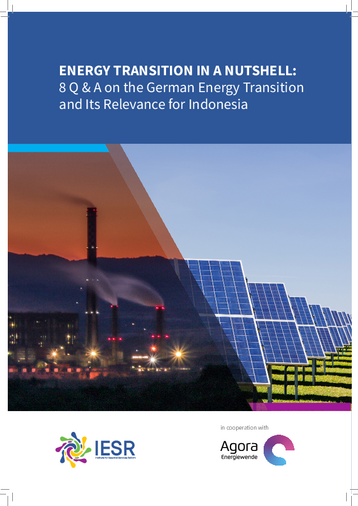 Energy systems worldwide are in a state of transformation. With the adoption of the Paris Climate Agreement in December 2015, the foundation for international climate policy has fundamentally changed. The decision to limit global warming to be well below to 2°C can only be achieved if energy systems are completely decarbonized over the long term. Many countries have come aboard in decarbonization of its energy system, and Germany is playing a prominent role in this transformation process, being a pioneer of an energy transition or ‘the Energiewende’. With this long-term strategy – started more than a decade ago – the country has decided to fundamentally transform its power sector by phasing out nuclear and coal in favor of renewable energy.
Wind and solar energy form the backbone of the German Energiewende. Yet around the world, wind and solar are abundantly available and generation technology costs are rapidly decreasing. Thus, many of the developments we currently see in Germany, and in other vanguard countries, are highly relevant for the rest of the world. Indonesia, a large country in a continuous growth trajectory, is in its early stage of energy transformation and exploring its energy transition pathway. However, some misperceptions about energy transition exist, e.g. on its associated cost, impact of system reliability, and impact on the broader economy. This paper answers eight frequently asked questions about the German Energy Transition and relate these to the Indonesian context, assess what it would mean for Indonesia and Indonesian Energy Transition.