In December 2020, EU heads of state and government set “a binding EU target of a net domestic reduction of at least 55 per cent in greenhouse gas emissions by 2030 compared to 1990” and the EU Council and Parliament have come to a tentative agreement on how to enshrine the new target into an EU Climate Law. The EU thus stands before a significant overhaul of existing climate & energy legislation to align them with the new net-55 per cent climate target.

In June 2021, the Commission will propose large “Fit-for-55” package including a revision of the EU ETS Directive, the Climate Action Regulation, the LULUCF Regulation, the Renewable Energy Directive, the Energy Efficiency Directive, the Energy Taxation Directive, CO2 Standards for Cars & Vans and the Alternative Fuels Infrastructure Directive. The June package is also likely to include the introduction of new policy instruments, including a separate Emissions Trading System for the buildings and transport sectors, as well as a carbon border adjustment mechanism. A second set of proposals will follow in Q4 2021, including initiatives on energy efficiency in buildings, on gas and on methane emissions.

Given the inherent complexity of the “Fit for 55”-legislative package, everyone involved will be challenged to continue ‘seeing the forest for all the trees’. To support a healthy public discourse on the package, Agora Energiewende has thus developed a new report reviewing all files in the June package to highlight the most important concrete measures for the package to be “Fit for 55”.

The 1.5-hour online event was held in English and included a Q&A session.

PRESENTATION
The presentation can be found in the download section below.

RECORDING
We recorded the event in order to allow anyone not able to follow it on the day of the event to watch it afterwards. The recording will be published soon. 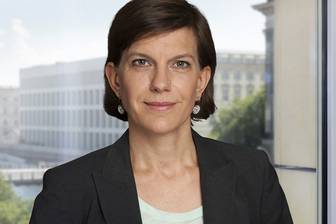