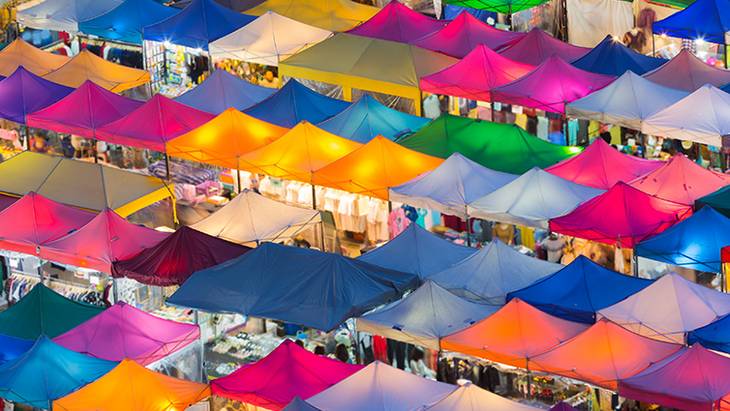 At the World Climate Summit in Paris, the countries of the world decided to almost completely eliminate emissions of harmful greenhouse gases over the next 35 years. For the European electricity sector, this means a complete phasing out of coal-fired power generation and the expansion of renewables, especially wind power and photovoltaics. The EU’s climate and energy goals for 2030 will increase the share of electricity generation from renewable energy sources from 29 per cent today to 50 percent in 2030. Dr. Patrick Graichen, Director of Agora Energiewende said, "This will require significant changes to the rules governing the European power system. Current EU legislation often is a barrier to achieving climate and energy goals. Existing rules are insufficiently coordinated, strongly influenced by textbook economics and, as such, ignore the real-world challenges.” Agora Energiewende is therefore proposing extensive and consistent changes to the design of the electricity market, to the EU Emissions Trading System, to legislation on the security of electricity supply, to methods of dealing with old, environmentally damaging power plants and to market conditions for renewables. The concept is entitled "The Power Market Pentagon" and represents a consistent proposal for the design of the next EU climate and energy package in the power sector which is currently being developed.?

"The Power Market Pentagon sets out five building blocks, which in combination would achieve a cost-effective transition towards a power system that is increasingly based on wind power and photovoltaics and less on fossil fuel power plants. Wind power and photovoltaics are indeed the cheapest of the available climate-friendly power generation options," said Patrick Graichen. Their disadvantage compared to the existing, climate-damaging power system lies in the variability of power generation depending on weather conditions. A power system based mainly on wind and solar power must therefore be able to react much more flexibly to weather-related fluctuations and, at the same time, provide sufficient reserve capacity.

The "Power Market Pentagon" proposes improvements to the existing energy-only market as a core flexibility instrument. Taken together, these improvements aim at enhanced market coupling – both between EU Member States and across market segments (Day Ahead, Intraday). In addition, the demand side should be enabled to react more sensitively to signals in the electricity market than it has to date; there are still too many regulatory barriers blocking effective demand-side response.

The flexibilization of the European power system as well as climate change objectives are equally hampered by Europe’s decades-old, coal-fired power plants. The "Power Market Pentagon" makes the case for the urgent and systematic phasing-out of old, high carbon and inflexible coal fired capacity. Patrick Graichen also noted, "The EU Emissions Trading System has not yet led to the decommissioning of old coal-fired plants, as planned. The Member States are now developing additional national instruments for effective climate protection." Such national efforts should be better supported by the EU, for example, in the form of more stringent demands on the emissions performance of old plants or increased flexibility requirements of national power systems.

In complement, the European Emissions Trading System (ETS) should be further modified so that it can fulfil its main role of generating effective price signals for the reduction of climate-damaging power supply. The Pentagon Concept is proposing a minimum price of 30 euros per ton of CO2, the automatic cancellation of surplus allowances and close interaction of the ETS with national climate protection initiatives of the Member States. The proposed reforms would reduce current weaknesses in the ETS: Any expansion of renewable energies or national energy efficiency initiatives automatically reduce the demand for emission allowances and thereby the price of emission certificates with further effects on the price of electricity, making the further expansion of renewable energies less attractive. To ensure that national initiatives are effective for climate protection, emission allowances should be removed to the same extent that CO2 is saved from the expansion of renewable energies.

The concept also highlights the need to provide more investor certainty for the expansion of renewable energy sources. The paper emphasizes the importance of mechanisms to provide stable revenues for renewable energy projects in addition to those from selling electricity on the electricity market. At current price levels at the whole-sale market it is for the foreseeable future not possible to recover the cost of new investments– irrespective of whether these are conventional or renewable energy installations. Patrick Graichen continued, "The electricity market is being disrupted by various factors that cannot be controlled by new market players. For example, the declining price of coal without the price of CO2 counteracting it. If the European Union wants to expand renewable energies, it must lay down framework conditions that encourage market players to invest. The more reliable these conditions are, the lower the financing costs for individual investments and the cheaper the electricity generated from renewable sources. Those insisting on a refinancing of renewable energies solely from the electricity market after 2020, will either see no further expansion or prices for electricity from renewable energy sources that will be very expensive due to high risk premiums."

The Pentagon Concept points out that setting market-premiums for electricity from renewable sources through competitive auctions will provide an indication of how close market premiums will be to the actual market price.

The fifth building block of the Power Market Pentagon deals with safeguarding system adequacy, that is the reliable supply of electricity when and where needed. It recommends focussing much more closely on this aspect at European level: The cross-border use of power plant capacity should become the rule, not the exception, and the market framework for reserve capacity should be designed so as not to hamper the development of renewable energies. Finally, reserve power plants should also be consistent with the primacy of climate protection.

"While most of these elements are indeed already being discussed at EU-level they are not addressed as coordinated as they are in our proposal. In order for the European power system to be decarbonised at least cost, it is essential that all building blocks fit together. We want to make a contribution to this," said Patrick Graichen.

Our discussion paper, "The Power Market Pentagon" can be downloaded below.