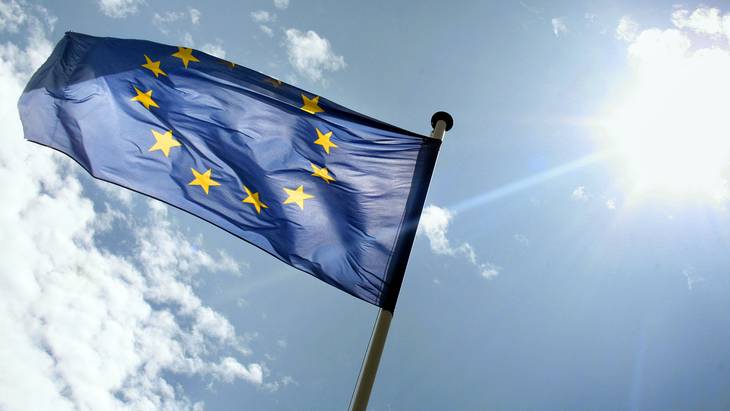 Renewable energy can be developed in Europe at significantly lower cost than assumed in the modelling assessments accompanying the “Clean Energy for All Europeans”-Package. Since wind and solar energy are by far the cheapest energy sources for the low-carbon production of energy, the EU climate targets – 40 percent lower greenhouse gas emissions by 2030 compared to 1990 levels – can be achieved at lowest cost by combining the deployment of renewable energy with energy savings. The EU renewable energy target – currently to achieve a 27 percent share of renewable energy in final energy consumption by 2030 – can be considerably raised without additional cost. These are key conclusions of a new Discussion Paper by the think-tank Agora Energiewende, which analyses the assumptions underlying the European Commission’s impact assessment for the “Clean Energy for All Europeans”-Package.

The Discussion Paper provides a detailed assessment of the factors that have led to the Commission’s distorted modelling results. In particular, these include a lower operational efficiency for renewable energy installations, especially for offshore wind, and simplified cost of capital assumptions for investments into renewable energy that are higher than those found in Europe’s leading markets. As a result, the Commission’s cost assumptions for wind and solar electricity for 2030 are already being underbid in recent competitive auctions by 50 percent or more.

Furthermore, the analysis finds that the scenarios developed by the Commission overestimate the significance of the European Emissions Trading System as a driver for the development of renewable energy in Europe. The price assumptions for CO2-certificates are significantly higher than those predicted by market analysts.

”Renewable energy is considerably less costly than assumed in the Commission’s assessment. The development of renewable energy should, therefore, happen more quickly in order to achieve the EU climate targets in a cost-effective manner,” says Matthias Buck, Head of EU Energy Policy at Agora Energiewende and co-author of the discussion paper. “From an economic perspective it can be strongly welcomed that the European Parliament is now discussing raising the target for renewable energy consumed in Europe to a share of 35 or even 45 percent, up from the 27 percent proposed by the Commission. For the discussion on the ‘Clean Energy for All Europeans’-Package it is also important to recognize that a cost-optimal development of renewable energy is achieved through a combination of several conditions. These conditions include competitive auctions, a stable regulatory framework, technology-specific development pathways, the removal of inflexible and fossil-fuel based generation overcapacities, as well as the setting of a meaningful price on CO2-Emissions,” says Buck.

With the ”Clean Energy for All Europeans“-Package the European Commission aims to increase the share of renewable energy across all sectors (electricity, heating & cooling and transport) to 27 percent by 2030, while also reducing CO2 emissions by 40 percent by 1990. In its Impact Assessment for the Package, the Commission assesses its policies and measures towards achieving these goals, as is the standard procedure in the EU-legislative process. The modelling underlying this assessment was provided by variations of the “PRIMES” energy system model maintained by the National Technical University of Athens. The assumptions for the cost of renewable energy underlying this model were, however, significantly above the real-world values seen today and projected by energy experts into the future. For example, the cost of electricity from solar photovoltaic technologies in Northern Europe was estimated at roughly 12.7 cents per kilowatt-hour for 2017; the recent cross-border auction between Germany and Denmark for projects to be realised in the same year resulted in a price of 5.4 cents. Onshore wind was projected at 8.9 cents per kilowatt-hour for 2020; the recent German auction resulted in a price of 5.7 cents. The differences for offshore wind are even more significant.

”In working towards the achievement of the Paris Agreement it will be important to not only significantly accelerate the development of renewable energy in Europe, but also raise the overall ambition level of Europe on climate policy,” says Matthias Buck. “Then Europe could get on a realistic pathway towards decarbonizing the European economy by mid-century. As it currently stands, we have still failed to establish an adequate framework for charting this course.

The Discussion Paper ”The cost of renewable energy: A critical assessment of the Impact Assessments underlying the Clean Energy for All Europeans-Package” can be downloaded from Agora Energiewende’s website (www.agora-energiewende.org) and will be presented in Brussels and Berlin in the coming weeks. The paper contains numerous graphics and tables, as well as a focused presentation of key data from the impact assessment.