Power sector decarbonisation by 2035: How Germany can meet the G7 commitment

The current fossil-fuel supply crisis emphasises the importance of expanding renewable energy – not only to safeguard Germany’s energy security, but also to protect its industrial base. A new study by Agora Energiewende identifies the additional policy actions needed now to achieve a flexible, climate-neutral power system in Germany within thirteen years. 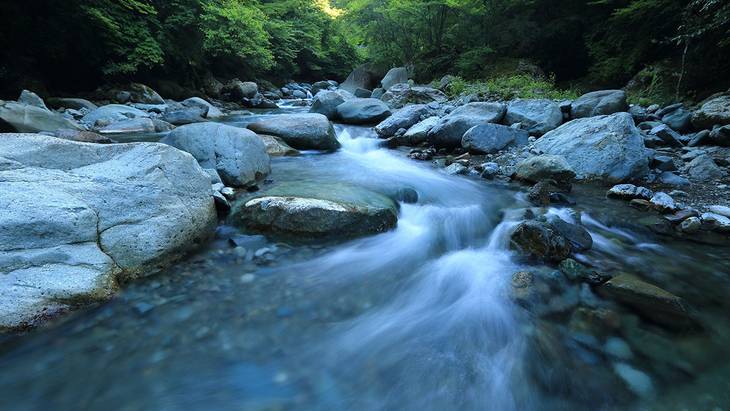 To achieve an 80 percent renewables share in the power sector by 2030 and go fully renewable by 2035, the German government needs to significantly expand the policy measures it has implemented to date. A new study by Agora Energiewende examines the additional measures needed in Germany’s climate policy to reach a climate-neutral power system by 2035. The 2030 renewables target was recently implemented in the German Renewable Energy Sources Act. Under the German presidency, G7 leaders issued a communiqué in June 2022 calling for fully or predominantly decarbonised power sectors by 2035.

According to the study, prioritising and accelerating project planning and approval processes is a prerequisite for the rapid expansion of wind, solar PV, and the power grid. At the same time, there is a need to secure investment not only in wind and solar power plants, but also in dispatchable power plants that are ready to run on 100 percent green hydrogen. Grid fees must also be immediately reformed in order to incentivise the flexible integration of electric vehicles, heat pumps, electric boilers, and electrolysers. The study highlights that a 100 percent renewables-based power system in 2035 will require a significantly expanded transmission grid as well as a portfolio of measures for safeguarding reliable power grid operation and efficient solutions for dealing with grid bottlenecks. In this context, policymakers should examine the potential introduction of location-based power-price signals as a means of ensuring a consistent balance of power supply and demand, the study finds.

“Decarbonising our power systems must be an urgent priority for governments. Against the backdrop of the unfolding fossil fuel crisis, this is more important than ever,” says Simon Müller, Director Germany of Agora Energiewende. “A renewable power sector is a crucial enabler for economy-wide climate neutrality. Curbing emissions in transport, heat and industry requires large amounts of renewable electricity.” Müller underscores that according to the study, a climate-neutral power system by 2035 is possible if the shortcomings in the government’s recent climate policy packages (so-called Easter and Summer package) are addressed by the end of 2022.

Implementing the study’s proposed policy measures would ensure that Germany reaches an 80 percent renewables share in the gross power demand by 2030, while phasing out coal power. Moreover, the suggested measures would accelerate and scale the market for renewables and flexible resources in line with reaching a decarbonised power system by 2035. The study was written by Agora Energiewende in partnership with energy consultancies Prognos and Consentec.

To meet the climate targets in the power sector, renewable electricity generation must more than double from 243 terawatt hours today to 595 terawatt hours by 2030 – and more than triple to 845 terawatt hours by 2035. Higher power demand is mainly attributable to new energy consumers, such as electric vehicles, heat pumps, electric boilers, and electrolysers to produce green hydrogen. Broad adoption of these technologies is crucial for reducing greenhouse gas emissions in the transport, buildings, and industrial sectors. “The course we set now for a climate-neutral power sector by 2035 will directly contribute to the success of all other sectors in achieving their climate goals,” Müller notes. In order to prioritise the expansion of renewable energy, the government must shorten the deadlines set for German states to make two percent of their land available for wind power plants. Furthermore, reconciling nature conservation and wind power expansion requires further legal simplifications. “Adopting the right policies now can scale up wind and solar PV deployment within the next four years, bringing annual capacity additions to a level that leads to a climate-neutral power sector by 2035,” Müller says.

According to the study, the success of climate policy will depend in part on the establishment of reliable conditions for investment in wind and solar power. Moreover, a reliable business case is required for the dispatchable power plants that are needed to back up a power system based on variable renewables. To ensure a reliable economic basis for new renewable energy capacity, the study proposes reliance on long-term power purchase agreements (PPAs), or the introduction of a symmetrical market premium (Contract-for-Difference) that protects plant operators from insufficient revenues, but also requires repayments beyond a given income level.

Policymakers should also act to make power demand more flexible. For example, prices should fluctuate to promote the operation or charging of electric vehicles, heat pumps, electric boilers, electrolysers, and battery storage systems during the hours of the day or night when renewable electricity is particularly plentiful. However, at present, flexible demand behaviour is penalised by high grid usage fees. “A reform of grid fees is long overdue and is a crucial lever for stimulating demand flexibility by households and industry,” Müller says. “We should not lose any time for reform. We need it to unlock flexibility from, for example, electric vehicles and heat pumps. In a renewables-based power system, flexibility is extremely valuable.”

The study also finds that Germany needs to install some 15,000 circuit kilometres of new high-voltage transmission lines (+40 percent) to achieve a climate-neutral power system. The efficient grid of the future will also need to consider the specific location where power is produced or consumed. This could be done, for example, by reflecting the local availability of green power in grid charges. The study also recommends investigating options for location-based power-price signals more broadly. Another key issue is the development and implementation of measures that ensure reliable system operation during periods with a 100 percent renewables share, while also promoting innovative ancillary services and the efficient management of grid bottlenecks. In addition, the study recommends the integrated planning of power and hydrogen infrastructures, instead of the separate planning processes that currently exist, in order to ensure that infrastructure expansion is sensible, complementary, and cost-effective.

The study, titled “Climate-neutral Power System 2035: How the German power sector can become climate-neutral by 2035” was published in cooperation with Prognos AG, which conducted electricity market modelling, and Consentec GmbH, which carried out the supplementary electricity grid modelling. The study builds on the results of analysis carried out for “Climate-neutral Germany 2045” and develops it further by modelling the new government targets for renewable electricity generation and consumption. The 72-page publication quantifies a feasible path to an 80 percent renewable energy share in gross power demand by 2030. In addition, the study shows that a firm commitment to this path in the near term can bring a climate-neutral power sector by 2035. The study’s English language executive summary is available for download free of charge below.