Both countries should quickly resolve to scale back coal and nuclear power generation while working to implement the energy transition in Europe, according to a joint study by German Agora Energiewende and the French IDDRI 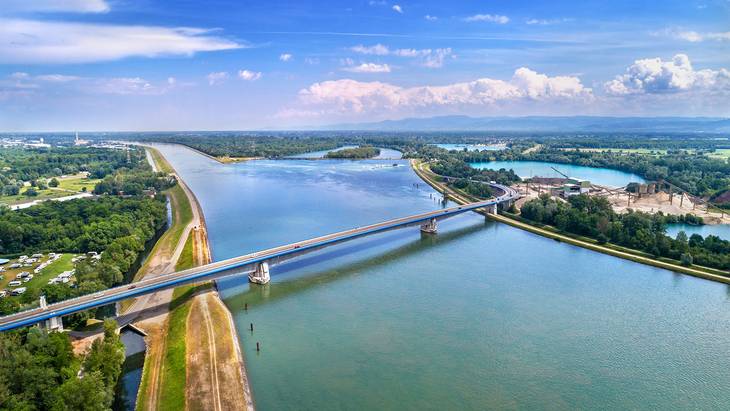 The electricity systems of France and Germany are closely interlinked. As a result, energy policy decisions in one country have significant consequences in the other country and in Western Europe as a whole. France and Germany should therefore increase their cooperation in drafting future energy policy so that the supply of electricity on both sides of the Rhine remains reliable, sustainable and as affordable as possible. By 2030, this means encouraging a strong expansion of wind power and photovoltaics as well as a significant reduction in power generation from conventional sources – namely, coal in Germany, and nuclear in France. Clear strategies regarding these conventional generation assets are necessary to achieve climate targets in Germany and to avoid an oversized and unprofitable power sector in France. These are the key findings of a joint study undertaken by Agora Energiewende in Berlin and the Institute for Sustainable Development and International Relations (IDDRI) in Paris. The two think tanks thus recommend that France and Germany cooperate closely in the implementation of their respective energy transitions, starting with a dialogue on the cross-border effects of their energy policies.

For economic reasons, France should reduce the output of its nuclear power plants from its current level of 63 gigawatts to around 50 gigawatts by 2030. At the same time, Germany should halve coal-fired power generation for climate reasons. In parallel, both countries should increase the generation of electricity from renewables, as foreseen by current planning: By 2030, 40 per cent of the electricity produced in France is to come from renewable energy; and 65 per cent of the electricity consumed in Germany according to the coalition agreement of the new German government. Closer cooperation between France, Germany and their neighbours would, among other things, help to bring about the political consensus necessary to build new power lines between European countries and to achieve a higher CO2 price. Following the recent decrease in renewable energy costs, a CO2 price of 30 to 50 euros per tonne would significantly ease cost recovery on wind and solar PV investment through the electricity market. Unilateral actions could lead to strong imbalances, according to the study.

According to the study, this negative outcome could be avoided if France's nuclear power capacity is reduced from its current level of 63 gigawatts to 50 gigawatts. "The profitability of nuclear power plants in France will depend very much on the evolution of CO2 prices and the level of electricity interconnectors between France and its neighbours. However, these factors cannot be determined on a purely national level. Rather, they are the result of close coordination between France and its neighbours, especially Germany," says Michel Colombier, scientific director of IDDRI.

In the case of Germany, the study shows that CO2 prices ranging from 30 to 50 euros will help to reduce power generation from coal, but not to the extent that would be necessary to reach Germany’s climate target. However, an increase in CO2 prices would significantly improve the market-based cost recovery on renewable electricity investment by 2030.

"Higher CO2 prices – for example, through a minimum price for CO2 in the emissions trading system – is essential for climate protection. They would lead to a moderate rise in electricity prices for consumers in both countries. On the production side, the effects vary: while higher CO2 prices would benefit French nuclear power plant operators, they would also benefit gas-fired power plant operators and the environment due to lower coal-based electricity generation. In order for this not to lead to higher exports of nuclear energy from France to Germany, a political agreement between the two countries would make sense: France could undertake to reduce the overcapacity of its nuclear power plants. In return, Germany could actively support a Franco-German initiative for a minimum CO2 price," says Dr. Patrick Graichen, Director of Agora Energiewende.

In the study, eight scenarios for the future development of power generation in Germany and France were modelled and compared with each other. The research was co-ordinated by Agora Energiewende and IDDRI, and the modelling was performed by the consulting firm Artelys. The French-language study, summaries in German and English, as well as the hourly data results are available for download further below.