By using climate-neutral technology, the steel, cement and chemical industries can achieve the necessary greenhouse gas reductions for all industrial sectors covered by the European emissions trading scheme by 2030. The Leaders Summit on Climate hosted by Joe Biden on April 22 & 23 could be the EU’s chance to position itself as a climate leader – but industrial transformation will be key in this competition. 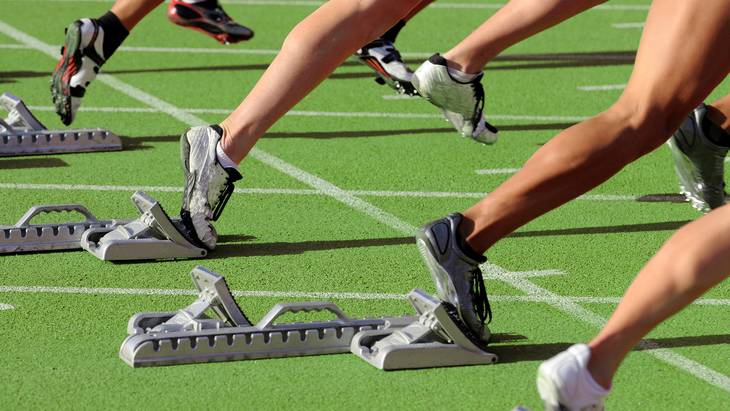 European industry can play a decisive role in enabling higher climate ambitions for the EU 2030 climate target. Moreover, scaling up key low-carbon technologies in steel, cement, fertilizer and plastic production offers the EU a chance to assume technology leadership. This is emphasized in a comprehensive study Agora Energiewende has published on key breakthrough technologies for a climate-neutral industry and the policy instruments needed for their deployment. Agora previously published an executive summary of the study in November 2020. According to the study, many of the technologies can be market-ready well before 2030 – provided that the EU commits to climate action.

“The global race to zero emissions is on. And who will take the leadership on climate-neutral technologies will be decided by forward-looking and bold climate policies,” says Frank Peter, Deputy Director of Agora Energiewende. “To not be left behind, the EU must kick off the transformation to climate neutrality in industry now.” By using climate-neutral key technologies, the steel, cement and chemical industries can achieve the necessary emissions reductions for all industrial sectors covered by the European emissions trading scheme over the next ten years, the Agora study shows. They would thereby contribute to a more ambitious EU climate target of at least 55 percent lower emissions by 2030. In addition, investments in conventional plants conflict with the goal of climate neutrality by 2050: By this date, at the latest, only climate-neutral plants will be allowed to operate if industrial emissions are to be reduced to zero. Accordingly, conventional industrial plants risk becoming stranded assets in the 2040s. Any such plant built in the 2020s will therefore not reach the end of its technical life. "Under these circumstances, it is questionable whether industrial companies will even invest in Europe as a business location," says Peter. There will be a great need for reinvestment over the next ten years, and many climate-neutral key technologies will be ready for use before 2030.

"The EU currently runs the risk of putting short-term emissions reduction success in the European steel, cement and chemical industries above long-term climate targets. In this context, foresight is crucial in the sustainable conversion to climate-neutral industrial processes," says Peter. "Industrial plants have a service life of up to 70 years - which means that investments in purely conventional plants are already no longer compatible with the long-term goal of climate neutrality. In order to avoid stranded assets, decisions must be made in favor of climate-neutral innovation from now on." Only then would the EU's 2030 and 2050 climate targets both be achieved.

With an increased 2030 climate target of at least 55 percent, the greenhouse gas emissions of the energy-intensive industries covered by the European emissions trading scheme would have to be reduced by 27 percent by 2030 compared to 2019, equivalent to around 140 million tons of CO₂. According to the Agora study, energy-intensive companies could reduce CO₂ emissions by 145 million tons simply by consistently investing in climate-neutral technology – especially for upcoming reinvestments. By 2030, the steel industry could already reduce by a third the 188 million tons of CO₂ produced in 2017 if it replaced all coal-fired blast furnaces that reach the end of their service life with direct reduction plants. These plants can initially be operated with natural gas and then switch to climate-neutral hydrogen as it increasingly becomes available.

In chemical plants, the switch to electrical heat generation instead of natural gas-fired steam boilers is becoming important. If the coal phase-out is accelerated – as assumed in the European Commission's Climate Impact Assessment in September 2020 - the European electricity mix would become much cleaner in 2030, and electricity would accordingly be more climate-friendly than natural gas. According to Agora's calculations, the chemical industry can reduce its CO₂ emissions by one fifth by switching to power-to-heat. For climate-neutral cement production, the establishment of an infrastructure for carbon capture and storage (CCS) is crucial. During the production of clinker – a component of cement – CO₂ is emitted as a byproduct of the process. CCS infrastructure would also give the cement industry the long-term option of contributing to negative emissions by using carbon-neutral biomass as a fuel and extracting this CO₂ from the atmosphere using CCS technology.

"Industrial companies are showing increasing interest in climate-neutral technology. What they lack is framework conditions for a climate-neutral business model. It is up to the EU to create such a framework for investment in climate-neutral innovation," says Frank Peter. With the prospect of high carbon prices, stricter environmental regulations and declining demand for carbon-intensive products, companies currently shy away from investing in carbon-intensive facilities. "Under current conditions, there is a high probability that they will shift their investments to countries with lower environmental requirements. As a result, industrial emissions elsewhere will increase, and European industrial sites will close. The EU should therefore now put together the package that allows energy-intensive industry to kickstart its transformation to climate neutrality".

The full version of "Breakthrough strategies for climate-neutral industry in Europe" was written in cooperation with the Wuppertal Institute. Published in English, the study outlines the main technology paths for sustainable emissions reductions in steel, cement and chemical factories. In addition, it contains a package of measures with policy instruments to initiate the climate-neutral restructuring of the European raw-materials industry. The 216-page publication is available for free download below. A summary of this study was published in November 2020.