In a new study, Agora Energiewende presents recommendations for the German Presidency of the EU Council. The study makes proposals for the further development of the EU’s climate policy architecture, addressing the attendant challenges point for point. 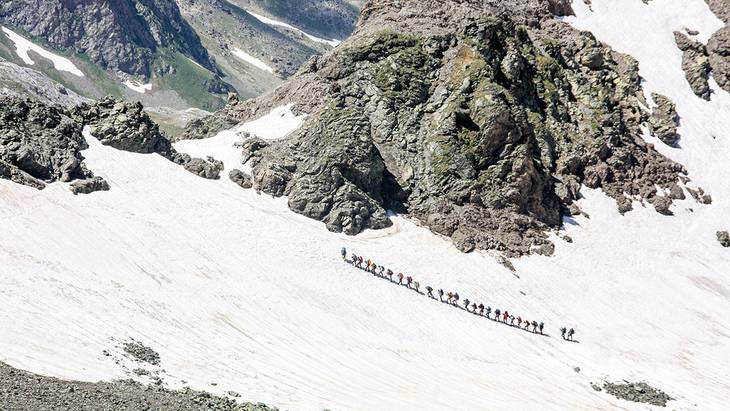 The European Union can significantly increase its climate protection target for 2030. According to a new study by Agora Energiewende, it is technically and economically possible for EU Member States to achieve a 55% reduction in greenhouse gas emissions by 2030 compared to 1990. Currently, the EU aims to achieve a 40% reduction by 2030. Increased climate protection efforts are necessary to limit the rise in average global temperatures to well below 2 degrees Celsius and thus fulfill the goal set forth by the 2015 Paris Agreement.

For emissions from industry and the energy sector, which are regulated by the EU emissions trading scheme, the study proposes a greenhouse gas reduction of 59 to 63% compared to 2005 – a tightening of 16 to 20 percentage points. Emissions in the other sectors – particularly transport, buildings and agriculture – could be reduced by 45 to 49 percent compared to 2005 – that is, 15 to 19 percentage points more than previously envisioned.

The study was prepared against the backdrop of current debate surrounding a higher climate protection target for 2030. A new target is to be adopted under the German EU Council Presidency by the end of the year, and subsequently presented to the international community at the COP26 climate conference in Glasgow in 2021. In the run up to the conference, the European Commission also intends to submit proposals for modifying the EU’s policy architecture for climate protection.

“The success of the COP in Glasgow depends on the European Union presenting a significantly higher climate target,” says Dr. Patrick Graichen, the Executive Director of Agora Energiewende and co-author of the report. “This target will have to be backed up by ambitious policies and measures that enable its fulfillment. Our study shows that, in principle, the climate policy architecture of the EU is fit for purpose. However, the EU’s climate policy instruments will have to be significantly strengthened to achieve these emissions reductions in practice.”

The study, which was undertaken by the Öko-Institut on behalf of Agora Energiewende, examines interactive effects between the two central European climate protection tools: the EU ETS and the Effort Sharing Regulation (ESR). For each tool, the study considered a variety of options and flexibility mechanisms that would enable EU member states to achieve the intended EU-wide emission reductions – including a tightening of emission standards for motor vehicles, a new market for national emission allowances (AEA market) in the transport, building and agriculture sectors, and the establishment of a separate Europe-wide emissions trading scheme for these sectors.

The study also examined the reductions required of individual EU member states to lower greenhouse gas emissions by -55% across Europe. Some member states have already adopted targets and measures in line with a stricter EU climate target, in particular the Nordic member states. “These member states are leading the way by showing that well-designed climate policy does not have to impair prosperity or quality of life – quite to the contrary,” says Graichen.

However, ambitious climate protection efforts have yet to be undertaken by less wealthy EU countries in Eastern and Southeastern Europe. These countries will have to do considerably more in the future, the study finds. To distribute costs fairly, the study proposes several compensatory mechanisms – including, for example, distributing part of the proceeds from the AEA market to less wealthy EU states.

“It is crucial for EU Member States to begin rapidly transforming their economies in line with the goal of climate neutrality. The cumulative effect of early emissions reductions will help member states to achieve higher climate targets set for 2030, and later those for 2050. By contrast, emission reductions undertaken at a later date would have to be all the most drastic to achieve the same effect, and thus much more difficult to implement politically and economically,” Graichen emphasizes.

The English-language study is titled “How to Raise Europe’s Climate Ambitions for 2030”. It discusses the challenges facing a more ambitious target in eight separate sections; distinguishes between measures at the EU and national levels; and describes interactive effects between climate protection instruments. The study is available for download below. The authors will present the study in a public webinar on 10 September 2020. To attend the webinar, please register at the Agora Energiewende website.