Germany falls behind on its climate targets in 2021

The share of renewables in the electricity mix fell while emissions increased significantly – in stark contrast to Germany’s newly raised climate targets. The government must adopt comprehensive climate measures rapidly to get back on track for the 2030 climate target. 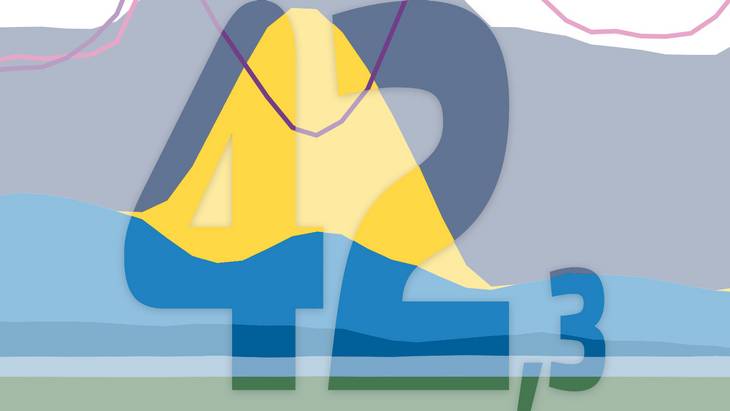 Germany’s greenhouse gas emissions grew significantly in 2021. The year-on-year surge of approximately 33 million tons of CO₂ (a 4.5 percent increase), puts Germany’s 2030 climate target at risk. Compared to the 1990 baseline, reductions now stand at 38 percent, falling short of maintaining the 2020 abatement target of 40 percent. The main drivers for the emissions increase to 772 million tons of CO2 were a partial economic recovery compared to the pandemic year 2020, higher coal-fired power generation due to spiking gas prices, a slump in renewable electricity production, and cooler weather. This is shown in Agora Energiewende’s annual review, in which the think tank presents the most important developments of Germany’s energy transition in 2021.

The Agora analysis for 2021 confirms that the emission reductions achieved in 2020 reflected one-off effects in the wake of the pandemic. "On the one hand, 2021 is the year in which Germany set itself the most ambitious climate targets in its history. On the other hand, the implementation gap is growing. The new federal government must rush to close this gap with effective climate protection measures," says Simon Müller, Director Germany at Agora Energiewende. "There is a lot of catching up to do in climate protection, particularly in expanding renewable electricity and in the building sector."

The German Climate Protection Act (Klimaschutzgesetz) sets reduction targets for the energy, buildings, transport, industry, and agriculture sectors. According to the Agora analysis, the building sector missed the binding emissions target for the second year in a row, this time by 12 million tonnes of CO₂. In addition, the transport sector falls short of its target by a thin margin, despite continued pandemic-induced mobility reductions. Industrial emissions were on target because production was still somewhat subdued in 2021. "The economic recovery we’ve seen in the past year was not green. If the economy takes off as expected in 2022, we expect a further increase in emissions. Only a quick implementation of a comprehensive climate action programme by the new German government can stop the gap between climate targets and measures from widening even further," says Müller.

According to the Agora analysis for 2021, electricity production from wind showed the biggest drop ever recorded while coal-fired power generation achieved record growth. Overall, renewable energy sources supplied 40.5 percent of total electricity generation, in comparison to 43.6 percent in 2020. Looking at electricity consumption, i.e. production minus net export, the share of renewables has now dropped to 42.3 percent – a sharp reduction from their all-time peak of 45.6 percent in 2020. Concurrently, the share of coal generation increased by almost a fifth to 27.8 percent due to high gas prices, following major losses in 2020.

The green electricity drop in 2021 had two main reasons: first, electricity consumption recovered compared to 2020, increasing from 548 to 560 terawatt hours. Second, renewables couldn’t produce these extra terawatt hours due to low build-out and less favourable weather conditions such as weaker winter storms at the beginning of the year.  "The sharp decline in renewables highlights the shortcomings of the energy policies in recent years. Doubling green electricity’s share by 2030, as called for in the new government’s coalition agreement, requires a massive and rapid expansion of wind and solar energy production," says Simon Müller.

The slow expansion of renewable energy plants in 2021 of only 6.7 gigawatts, bringing the total to 137 gigawatts, is at odds with the ambitious climate targets passed last year. 75 percent of the renewables expansion was based on new solar plants while wind onshore accounted for roughly 25 percent. No offshore wind turbines were connected to the grid in 2021. "We cannot lose any more time. An immediate ramp-up of solar PV can already start closing the green energy gap in 2022," Müller adds.

2021 was also the year of the fossil energy price rally, with surging prices in energy markets. Over the course of the year, the price of fossil gas temporarily increased elevenfold, rising from an initial 20 euros per megawatt hour to over 220 euros. As a result, hard coal-fired power plants produced more. The increase in coal-fired generation led to a rise in CO₂ emissions and a higher demand for CO₂ allowances in the European Emissions Trading System, driving up the CO₂ annual average price from 24.8 euros per tonne of CO₂ (2020) to 53.6 euros (2021), reaching 80 euros per tonne at the end of the year.

The average day-ahead price of electricity increased more than sevenfold during the year, from an initial 50 euros to over 430 euros per megawatt hour. So far, electricity customers have only felt the wholesale price increases in some cases. On average, 32.2 cents per kilowatt hour were due for electricity – an increase of 3.9 percent compared to 31.0 cents per kilowatt hour in 2020. This increase resulted primarily from the expiration of a temporary VAT discount at the end of 2020. At the same time, the reduction of the EEG surcharge had a dampening effect. "The spikes in energy prices will be felt strongly by households in 2022. Therefore, in the short term, social policy measures are needed to counter rising electricity and gas bills for low-income households. To ensure favourable energy prices in the long term, the solution is to expand renewables. This is the way to make green technologies competitive and to successfully transition Germany’s industrial base into the age of climate neutrality," says Müller.

Energy prices will continue to influence the public debate this year. "The energy price in 2022 will mainly depend on the price developments of natural gas, as this drives the prices for electricity and heat," says Agora expert Müller. Key factors are the weather conditions at the beginning of the year, the availability of gas import capacities, and the geopolitical situation.

2022 will be crucial for achieving the 2030 climate targets

This year, the new German government will implement the climate action programme announced in the coalition agreement. With the completion of the nuclear phase-out in 2022 and the coal phase-out underway, the climate action programme must build new momentum for achieving the 2030 climate targets. "In 2022, we need to finally secure enough land for onshore wind power, unleash photovoltaics, and plan the grids for climate neutrality. Industry needs a workable investment framework. Building renovation and a socially-just transformation in the heating sector call for clear guidelines and sufficient funding," says Müller. At the European level, the focus will be on the implementation of the Commission's Fit-for-55 package, where the new German government has the chance to work towards an ambitious implementation. "2022 must be the year of climate action if the German government is serious about its commitment to the 1.5-degree target."

The 70-page study "Die Energiewende in Deutschland: Stand der Dinge 2021" can be downloaded in German free of charge below. It includes a summary of the ten most important developments in English. Numerous figures and graphs can also be downloaded separately in common formats in German.