Agora Energiewende and Agora Verkehrswende have just published “15 Key Proposals for Germany’s 2019 Climate Change Act”. They include a carbon price of 50 euros per tonne and a climate bonus reimbursement of 100 euros yearly per person. They also provide tax subsidies for green retrofits of existing buildings and incentives for buying climate-friendly cars. 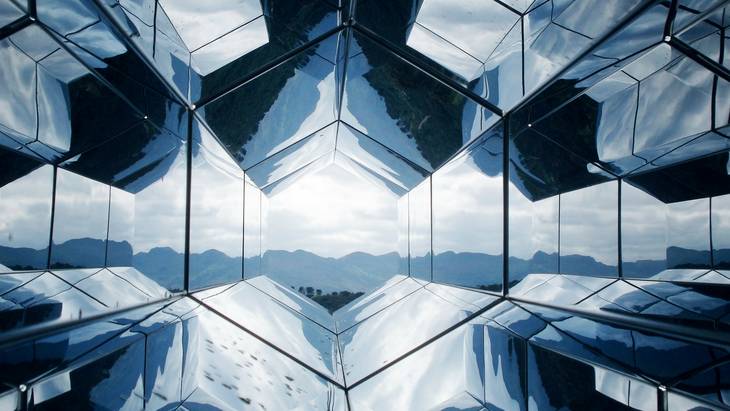 The Berlin-based policy think tanks Agora Energiewende and Agora Verkehrswende have proposed 15 measures for reducing CO2 emissions in Germany so that the federal government can reach its 2030 targets. The proposals are geared towards the energy, building, transport and industry sectors. Among other measures is a carbon tax on heating oil, natural gas and fuel that redistributes the revenue back to taxpayers. Another proposal calls for legislation to enact a coal compromise and extensive subsidies for green retrofits of existing buildings. The Agora think tanks also propose that the expansion of renewable energy be doubled and that the federal government introduce a “feebate” system for new car purchases. Finally, the package of proposals paves the way towards a hydrogen economy and identifies a number of initiatives that the federal government must champion at the EU level. The proposed measures are meant to be cornerstones of a climate change bill that the federal government plans to pass this year. All the proposals provide for concrete amendments and are designed to be adopted in 2019 by the German Cabinet.

“This is the year that decides whether Germany can meet its binding climate targets for 2030,” Patrick Graichen, the director of Agora Energiewende, says. “To reach these targets, Germany must reduce its CO2 emissions by 25 million tonnes each year. This is far more than double what we currently achieve.” In the past few years, Germany has reduced its emissions by an average of around 10 million tonnes annually, with most of this coming in the energy and buildings sectors. In industry and transport, by contrast, CO2 emissions have remained the same for years. “Unfortunately, past administrations have failed to address the sustainable transport. For this reason, we must work all the harder now,” Christian Hochfeld, the director of Agora Verkehrswende, stresses. “Our proposals put a premium on fair and equitable measures that reward those who adopt climate-friendly behaviours.”

Agora’s 15 proposals are designed to generate specific amendments and new laws by the end of this year. “We have made certain that the measures pay for themselves and that the scope of additional money required from the federal budget remains limited,” Hochfeld says. “This gives politicians measures for efficient climate change mitigation. Should the federal government continue to drag its feet on climate change, then it’s going to get really expensive.” According to Agora’s calculations, if the federal government remains on its current trajectory it will have to pay out 30 to 60 billion euros to other EU states over the next decade for carbon allowances to cover its excess greenhouse gas emissions. “This money would be better invested in Germany, where it can not only mitigate climate change but also help create sustainable infrastructure, higher quality housing and more competitive industries. In short, it is an investment in Germany’s future prosperity,” Graichen explains.

The 15 proposals are as follows:

1. Introduce a Climate Change Act:This proposal calls for the creation of a climate change act as established in the UK, setting binding climate targets for 2030, 2040 and 2050 along with specific targets for the energy, buildings, transport, agriculture and industry sectors for 2021–2030. Each sector is responsible for meeting its targets, though they may trade carbon reduction obligations.

2. Introduce carbon pricing in sectors that do not fall under the EU Emission Trading Scheme: The proposal increases taxes on petrol, diesel, heating oil and natural gas by 50 euros per tonne of CO2 released into the atmosphere. It redistributes the revenues to the German population. Every single German receives a climate bonus of 100 euros. The proposal also introduces a hardship fund for those hit hard by carbon pricing. Emergency climate measures help citizens adopt climate-friendly alternatives.

4. Strengthen the Renewable Energy Act (EEG): Agora recommends increasing the expansion targets for solar power to five gigawatts per year, for onshore wind to four gigawatts per year and for offshore wind to 20 gigawatts by 2030. The proposal also provides for green electricity contracts outside the EEG, increases the options for residential PV systems and increases the volume of renewable energy at auction. To increase public acceptance of wind turbines, municipalities should receive compensation for new wind parks, while federal government and the federal states should agree on areas for further development.

5. Write the coal exit into law: Agora calls for the enactment of the compromise proposal submitted by the Coal Commission in its entirety.

7. Amend the Building Energy Act to reflect the latest green technologies for new buildings and retrofits: Require climate friendly construction for all future buildings, and the retrofitting of existing buildings according to today’s energy standards. The government must allow builders and homeowners to receive a full reimbursement for the costs of future retrofits.

8. Tax incentives for energy retrofits: Agora recommends a system of tax credits for energy conservation measures in existing buildings starting in 2020. Comprehensive measures, such as deep energy retrofits, should receive additional funding. Funding for the green retrofitting of social housing must increase by 50 %. The remaining costs may not be passed on to renters.

9. Introduce a “feebate” system for new cars: Buyers of new cars with an emissions level above 95 grams per kilometre pay a fee, or surtax. Buyers of new cars with a lower emissions level receive a rebate. The amount of the fee or rebate corresponds to 50 euros per gram over or under the threshold rate, respectively. For instance, someone who purchased a fully electric vehicle (i.e. emitting 0 grams of CO2 per kilometre) would receive a rebate of nearly  5,000 euros. If that same person bought a vehicle that emits 200 grams of CO2 per kilometre, he or she would have to pay a fee of around 5,000 euros. The system is designed to be largely revenue neutral. The proposal also provides for the emergency introduction of a user-friendly charging infrastructure across Germany.

10. Expand heavy vehicle tolling and factor in costs of CO2 emissions: This proposal calls for an immediate toll on all utility vehicles that weigh more than 3.5 tonnes, regardless of the road. Zero-carbon vehicles will continue to receive a discount. In 2020, German federal government shall support the creation of an EU toll directive. In setting the level of the toll, policymakers must consider all of the social and environmental costs of CO2 emissions.

11. Promote sustainable travel in urban areas: The federal government is expanding the scope of action of municipalities for parking space management. Parking fees will be increased, the cap on fees for resident parking cards and fines for incorrect parking will be lifted. The revenues and increased space go to increasing climate-friendly modes of transport.

12. Encourage investment in efficiency: This proposal allows faster write-offs for investments in efficiency over a five-year period. It also eliminates regulatory obstacles for efficiency and greater flexibility.

13. Introduce a quota for climate-friendly hydrogen: Natural gas vendors must begin mixing carbon-neutral hydrogen with natural gas, starting at 0.5% in 2021 and increasing to 10% by 2030. The aim of the policy is to pave the way towards a green hydrogen economy.

14. Incentivize the use of CO2-free technologies: Agora recommends that the German environmental ministry raise its funding programme for CO2-free technologies to 500 million euros in 2019. Starting in 2020, companies should have the right to receive a reimbursement for the difference between the price of carbon credits and their own expenditures on CO2 avoidance. This reimbursement option should initially be made available to the steel, cement and chemical industries and later be extended to other branches.

15. Germany must champion six EU initiatives in 2019/2020 that are necessary to create a coherent framework for fighting climate change in Europe.  The initiatives include the creation of a state aid programme in line with EU climate targets, a separate category in the EU budget for climate expenditures, more rigorous policies for the new EU toll and natural gas directives, and support for EU member states that have chosen to pursue more ambitious EU climate targets for 2030 and 2050.

According to Agora, these proposals will provide three-quarters of the emissions reductions that Germany needs to reach its climate targets for 2030. “It is obvious that a single policy measure will never be enough to achieve all this,” Patrick Graichen says. “We need a whole array of policy measures if we are to fight climate change successfully. Our proposals are an important step in the right direction, but we must go further still. Agriculture and the aviation industry will also have to do their part if Germany is to meet its 2030 targets.”

“15 Key Proposals for Germany’s 2019 Climate Change Act” provides concise descriptions of policy measures for each of the main energy-consuming sectors in order to further mitigate climate change. The publication (in German language) can be downloaded free of charge below.