The share of renewables in electricity consumption rose to almost 43 per cent in 2019. However, progress in the power sector is offset by rising greenhouse gas emissions in the building and transport sectors. Public awareness for the importance of climate protection continues to rise: since May 2019, it has consistently been the most pressing political issue in the eyes of the German population. These and other findings are contained in a review of 2019 conducted by Agora Energiewende. 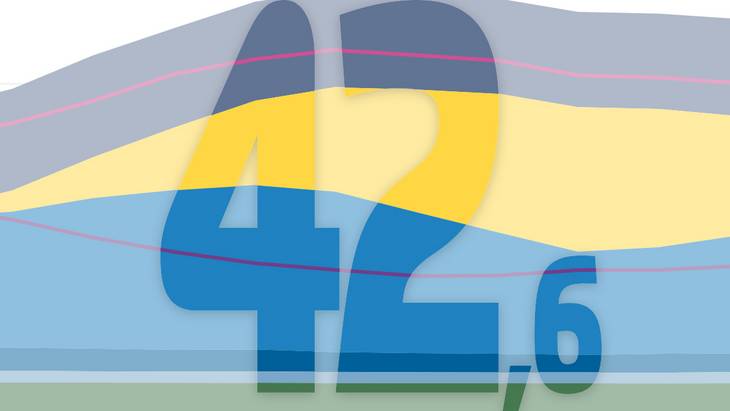 Greenhouse gas emissions in Germany fell by more than 50 million tonnes in 2019; emissions now stand at 35 per cent below their 1990 levels. Germany’s goal of achieving a 40 per cent emissions reduction by 2020 is thus within reach. The power sector is solely responsible for this decline in emissions, as significantly less electricity was generated using hard coal and lignite, while generation from renewables rose to cover 42.6 per cent of electricity demand, a nearly five percentage point increase over 2018. These are just some of the findings presented in the annual review released this week by the Berlin-based energy think tank Agora Energiewende, titled “Die Energiewende im Stromsektor: Stand der Dinge 2019” (“The Energy Transition in the Power Sector – State of Affairs 2019”). Notably, last year marked the first year in which generation from wind, hydro, solar and biogas plants exceeded the total generation from coal and nuclear.

The expansion of PV capacity and beneficial climatic conditions for wind generation were the primary factors encouraging a higher share of generation from renewables. “Nevertheless, the energy transition is entering the 2020s with a heavy burden,” says Dr. Patrick Graichen, Director of Agora Energiewende. “The expansion of wind energy has collapsed by more than 80 per cent over the last two years and has thus nearly ground to a halt. Furthermore, as bids from industry to construct wind farms did not fully exploit the capacity budget in 2019, we will not see robust expansion figures for wind energy in the coming years either. It is now up to the federal government to make policy adjustments so that wind power capacity continues to expand. Wind is the workhorse of the energy transition, and without wind power, we cannot succeed in phasing out coal or meeting our climate protection targets.”

However, climate-protection progress in the power sector stands is undermined by a general lack of further ambition in energy and climate policy, especially in the heating and transport sectors. “Following the declines of the past two years, there is a danger that emissions will rise again in 2020 to 2022,” warns Graichen. “We need to build more renewables to offset the phase-out of nuclear power up to 2022 and also generate enough electricity for electric vehicles and heat pumps.” Graichen’s desire for ambitious action is shared by the German population: according to public opinion surveys, since May 2019 voters have considered “the climate and energy system transformation” the most important problem facing the country, ahead of immigration/integration (2nd) and pensions (3rd).

The annual review also shows that the cost of supporting renewable energy will soon fall. After twenty years, old and expensive plants are no longer eligible for subsidies under the Renewable Energy Act, but can still offer electricity at low prices. New wind and solar power plants, on the other hand, now produce electricity more cheaply than all other types of power and, with an increasing share of renewable energy, are increasingly leading to falling wholesale prices. In 2019, Germany and Luxembourg were the European countries with the lowest wholesale electricity prices. Furthermore, upward and downward price fluctuations on the wholesale market (including negative electricity prices) were less frequent in 2019, and there were no supply shortages. “This is a sign that security of supply in Germany was consistently high last year,” says Graichen.

The significant reduction in electricity consumption witnessed last year helped to bolster the share of demand covered by renewable energy. Total demand in 2019 fell to 569 terawatt hours, the lowest level registered in the past 20 years – even lower than that of 2009, during the economic crisis. Lower demand is being driven by slower economic growth, lower consumption by the energy-intensive basic materials industry, and lower on-site consumption by conventional power plants, which are being increasingly supplanted by renewable energy systems.

In 2020, Agora Energiewende predicts that electricity generation from nuclear energy will continue to decline, as the Philippsburg 2 nuclear power plant was decommissioned at the end of December 2019. However, the situation for onshore wind energy is unlikely to improve. As in 2019, the experts expect a 1 gigawatt increase in onshore wind energy and a 4 gigawatt increase in solar. Offshore wind capacity is growing faster thanks to the commissioning of new wind farms in second half of 2019 and first half of 2020. The 2020 trends that will be seen for lignite, hard coal and natural gas – thus for carbon emissions – remain uncertain, as they depend crucially on coal, gas and CO2 prices, as well as on wind conditions. Accordingly, no reliable predictions can be offered at the present time. However, the prospect of compensation for operators as part of the coal phase-out is likely to prevent any coal-fired power plants from being decommissioned in 2020.

The annual review can be downloaded free of charge below in German. The review contains 70 pages as well as numerous tables and graphics. These tables and graphics are available at the website for use by third parties under the Creative Commons license.