Study: Germany will only cut greenhouse gas emissions significantly if 18 to 20 old lignite power stations are removed from the market 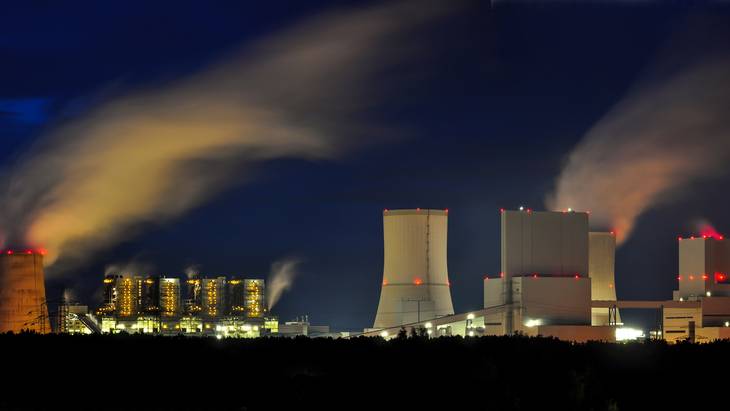 Greenhouse gas emissions from the German power sector can be reduced by around 90 million tonnes of CO2 by 2020 with only marginal price rises. To achieve this fully or in part, a climate reserve for old power plants, as proposed by the IG BCE miners, chemicals and energy union and BDI industry association could work. In principle, it is a suitable alternative to the government’s plan to levy a fee when plants exceed a set emissions level.  But the reserve must encompass at least four-to-six gigawatts-worth of old lignite power stations in order to achieve significant additional CO2 reductions. Otherwise, the reserve will only include plants that were already slated for shut-down.  These are the key results of a study by consultancy enervis energy advisors GmbH for Agora Energiewende, as well as an analysis based on the study by the Agora Energiewende team.

The study models the step-by-step closures of additional power stations, in order to achieve a 40 percent reduction in greenhouse gases by 2020 over 1990 levels. The order of power station closures is oriented towards the least expensive way to avoid CO2 emissions in the overall power system. The study shows that taking the oldest lignite and hard coal power plants off the market a few years before they become technologically obsolete can achieve significant CO2 reductions, while only raising the power price by at most 0.4 cents per kilowatt-hour.

In view of the current debate over coal, Agora Energiewende also analysed the effects of a climate protection reserve for old coal-fired plants. This proposal by the IG BCE and BDI as an alternative to the economy and energy ministry’s climate levy strives to reduce CO2 emissions from old coal-fired power plants by 11 to 16 million tonnes (compared to 22 millions tonnes in the government’s plan and 48 million tonnes in the enervis study). Furthermore, the reserve proposal calls for combined heat and power technology to play a bigger role.

Opting for a power plant reserve is possible in principle, according to the analysis. Nevertheless, plans must take into account that any reserve will include power plants already slated for shut-down. In order to actually cut additional emissions, the reserve must be considerably larger.

“The IG BCE and BDI’s climate protection reserve is basically suitable for cutting the necessary CO2 emissions. But it must include 18 to 20 old lignite power stations in order to achieve substantial additional effects. Otherwise, the money will be spent on plants already scheduled for closure,” says Patrick Graichen, Director of Agora Energiewende.

Closing old power plants would not only lead to lower greenhouse gas emissions from power production in Germany, but also across Europe. This is another important result of the enervis study, “A power plant fleet compatible with climate goals,” commissioned by Agora Energiewende.  CO2-intensive, cheap coal-fired stations in Germany currently produce power that is increasingly destined for export, displacing more climate-friendly power across Germany’s borders – especially from gas plants. The enervis calculations in its European power model show that shutting down coal in Germany will reverse this effect.

At the same time, the earnings situation of the other power plants will improve, as closures will help reduce over-capacities. This will lead to a moderate recovery in wholesale prices (by a maximum of 0.4 cent per kilowatt-hour compared to the development without additional climate protection measures).  The model shows that the earnings situation of most power plant operators, which is often quite bad at the moment, will improve on average.

“The discussion over the 2020 climate protection goals shows: Structural change in the coal industry is coming, and therefore it should be carried out with the active participation of all stakeholders. A national consensus on coal would ensure planning security for business and agreements for workers that are created through social partnership,” said Graichen.