Agora proposal outlines EEG 2.0 and a redesign of the market

Agora Energiewende has outlined a radical two-step plan for improving how Germany handles renewables. The first step radically simplifies the Renewable Energy Act (EEG) in 2014, while the second step involves transparently redesigning the market for renewable and conventional energy by 2017. This "EEG 2.0" would encourage further expansion of renewable energy at affordable prices for consumers.

In the next few years, the proposal foresees the renewables surcharge stabilizing roughly ath the level typo3/for 2014, around 6 to 6.5 cents per kilowatt-hour. To achieve this, the concept put forth by Agora Energiewende recommends limiting future feed-in tariffs for renewable power to 8.9 cents per kilowatt-hour and restricting exemptions to the renewables surcharge. "The proposal is intended to ensure that the energy transition is a success not just ecologically but also economically," says Rainer Baake, executive director of Agora Energiewende.

"It doesn't matter if it's coal, gas, wind, or large-scale photovoltaic arrays – power from new systems costs about eight to nine cents per kilowatt-hour," he explains.

Because biomass, offshore wind, and geothermal are significantly more expensive than onshore wind and solar power, the proposal would reduce support below the current level for these renewable energy sources. They would continue to be pursued on a limited basis only so as not to burden energy consumers with unnecessary costs.

In addition, "direct marketing" would be required for power produced by larger new systems as a first step toward a future power market logically dominated by renewables because of the major role they will play. An ideal design for such a market would be developed in a comprehensive process based on recommendations in the proposal’s second section.

"Radical simplification of the EEG is possible in the short term and could go into effect as soon as January 1, 2015," Baake points out. "We can then use the next few years up to 2017 for an extensive discussion and legislative process leading to a new power market design that will be more than capable of facing the challenges of the energy transition." The concept developed by Agora Energiewende is based on comprehensive analyses of power production costs for a range of technologies. An Excel tool for reviewing these analyses is available for download along with the detailed proposal itself (below).

The proposal's twelve core elements are as follows:

4.       Revision of the reference yield model for onshore wind turbines in order to reduce overpayment for turbines at high-yield sites

6.       For dispatchable renewables (especially biomass): capacity premium of no more than 500 euros/kW for a maximum of 100 MW per year

B.      Integrating renewables the market

7.       Consistent elimination of all old bonusestypo3/  for new systems

8.       Direct marketing required for all new systems of 1 MW or larger, reduction of the management premium for old systems to 0.2 cents/kWh

11.  Renewables surcharge requirement of 0.5 cents/kWh for exempt companiestypo3/ , since they already benefit from lower wholesale prices at a level of around 1 cent/kWh

12.   Progressive inclusion of on-site power directly consumed in the EEG surcharge requirement for systems of 10 kW or larger

The full concept and the Excel tool can be downloaded below. 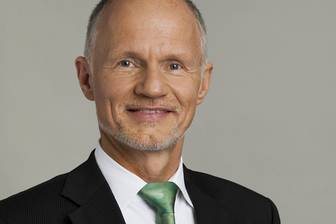