The fossil energy crisis has increased the urgency for Europe’s domestic industry to phase down its use of fossil fuels and become more energy-efficient. Basic steps to improve the way the EU recycles and uses carbon-neutral materials and products can accelerate this transition, a new Agora Industry study finds. 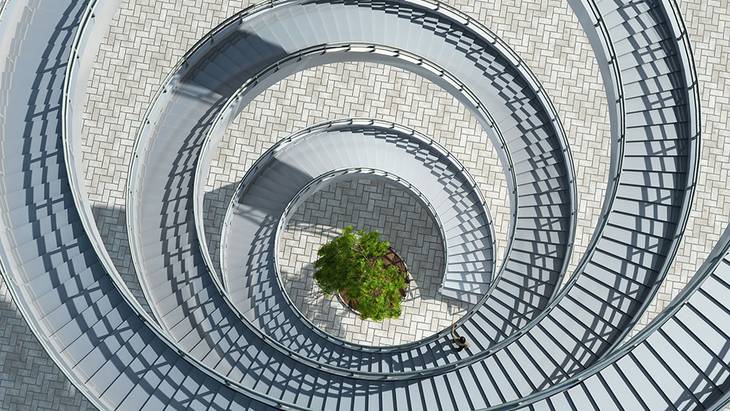 A more circular and resource-efficient economy in the European Union could reduce annual EU industry greenhouse gasemissions by up to 10 percent (70 million tonnes of CO2) by 2030 and up to 34 percent (239 million tonnes of CO2) by 2050 compared to 2018 levels, a new study by Agora Industry finds. In plastics production alone, improving recycling could cut the use of fossil fuels by roughly 2.7 billion cubic metres of gas and 149 million barrels of oil per year by 2030, according to the study. Since plastic production relies heavily on imported carbon-based feedstocks such as ethane, propane, and butane, enhancing the recycling of plastic materials could lower the dependency on these fossil commodities significantly.

“Russia’s war on Ukraine and the resulting fossil energy crisis have dramatically increased the urgency for European industry’s transition to fossil-free production,” says Director of Agora Industry, Frank Peter, ahead of the presentation by the European Commission of its new circular economy legislative package. “To achieve both energy security and climate neutrality, it is crucial for the EU to reduce energy consumption and dependency on foreign materials and fossil fuels. High circularity and material efficiency are key levers for energy-intensive industries to fast track this transition and should be an integral part of EU’s industrial policy strategy.”

Today, March 30th, the European Commission will publish a set of proposals on circular economy, including the sustainable products policy initiative. A piece of this package will be a recast of the Ecodesign Directive to empower the EU to regulate products to make them more sustainable. Agora’s study argues that this package of proposals must address CO2 intensive materials and value chains – like steel, aluminium, concrete, and plastics – much more systematically than previous EU circularity legislation.

“Our study shows key policy instruments on the EU level are expanded quotas for recycled content, investment aid for rapid deployment of innovative recycling technologies, as well as labelling and best practice mandates for collection, sorting, recycling, and re-use,“ says Peter. Furthermore, the current fossil energy crisis must accelerate the process of implementation. Fast-tracked implementation of key policy instruments in EU Member States could effectively reduce greenhouse gas emissions within the next one to five years, for example by introducing wider bans on single-use and non-recyclable plastics, the implementation of deposit-refund schemes for plastic packages, investments into ex-post re-sorting and state of the art recycling practices.

“A more circular and resource-efficient industrial sector enhances competitiveness and is also a major industrial policy opportunity for Europe,” the Agora Industry Director says. Enhancing circularity makes companies more independent from energy prices, giving them a competitive advantage. “The EU’s new Circular Economy legislation is an opportunity to leverage the potential of circularity. To do so, it must spur demand for high-quality recycling while boosting collection and supply of high-quality recycled materials.”

In Europe, the energy-intensive steel, aluminium, cement, and chemical industries account for approximately 581 million tonnes of CO2 annually – or roughly 70 percent of all industrial emissions each year in the EU. In 2020, these sectors alone accounted for 13 percent of the EU’s total final energy consumption. More circular and efficient use of materials would enable significant energy savings compared to a pathway focusing solely on the decarbonization of the virgin production route. Climate-neutral primary production processes increase energy demand and infrastructure needs, for example, green hydrogen production or carbon capture and storage. While production will become climate-neutral, power demand for the steel, cement and chemicals sectors alone is estimated to rise from around 333 terawatt hours today to around 1 440 terawatt hours by 2050. The Agora study, conducted with the support of consultancy Material Economics, finds that using the potential of enhanced recycling and material efficiency could reduce this clean electricity demand by more than 400 terawatt hours by 2050 – equivalent to the energy supply of
60 000 wind turbines. “Circular economy would not only lower the economic cost of the transition, but also trigger green and digital innovation as well as investment and employment for modern and competitive industrial value chains in Europe. It’s a golden economic opportunity for the EU to reduce its dependency on fossil fuels, especially given the context of the current energy crisis,” says Peter.

The study entitled “Mobilising the circular economy for energy-intensive materials“ was conducted by Agora Industry with the support of the consultancy firm Material Economics. The 15-page executive summary is available in English, German and French. All versions and the full study in English are available free for download below.