Towards a Renewable Future – Energy Scenarios, the Grid and Support Schemes 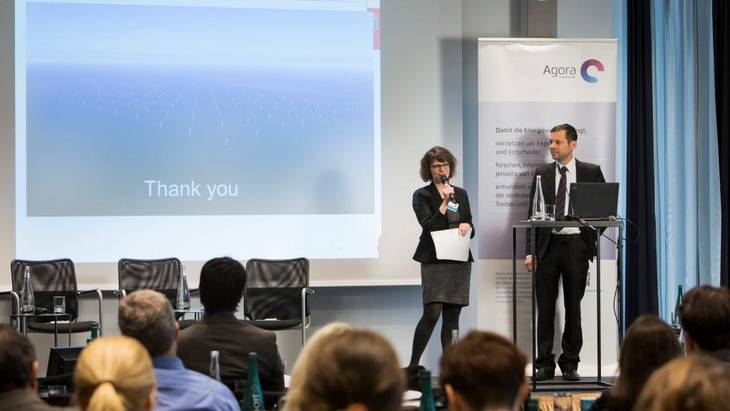 How is Denmark becoming independent from fossil fuels? What are the major objectives of Danish energy policy? What is the idea behind the integrated approach across sectors – and how is this reflected in Danish energy scenarios? What is relevant for Danish grid expansion and system reliability? How does the offshore tendering system work? How are the different stakeholders involved in the Danish energy transition?

Event 2 of this event series invited participants to take a closer look at the next steps towards a renewable future. The overview paper "A Snapshot of the Danish Energy Transition" was released by Agora Energiewende on the day of the event. The paper explores the objectives and the implementation of the Danish renewable energy transition by describing some of the major challenges and regulatory responses in the electricity sector.

For the event Danish and German presenters took a deeper look into selected topics such as:

Even though the event had a Danish-German focus it engaged in an international energy policy dialogue. It was held in English and attended by around 50 participants.

All slides shown during the event may be downloaded as PDF below as well as the publication.

Towards a Renewable Future – Energy Scenarios, the Grid and Support Schemes