Renewable Energy Integration and Flexibility – What Can We Learn from the Danish Energy Transition? 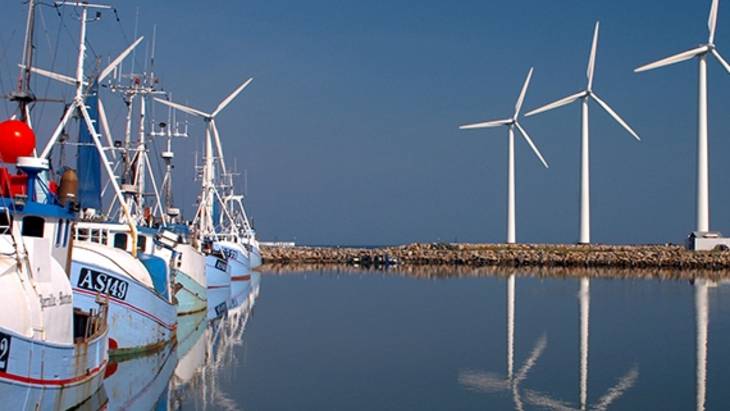 Wind energy covered 39 percent of Danish electricity demand in 2014 – thereby setting a new record. Until 2050 Denmark is striving for an entirely renewable energy system across all sectors to become fossil fuel free. For the power and heat sector this goal is to be achieved even earlier.
What lessons can we learn from the Danish energy transition, the so-called “grøn omstilling”? This event series invites you to take a closer look at the experiences gained in Denmark so far.

The focus of event 1, which attracted more than 100 participants, was on variable renewable energy integration and the flexibility challenge in Denmark. On this occasion Anders Kofoed-Wiuff (Ea Energy Analysis) presented the overview paper “The Danish Experience with Integration of Variable Renewable Energy – Lessons Learned and Options for Improvement” which was released by Agora Energiewende on the same day (the study can be downloaded in the media-section below). Afterwards, selected topics presented by Danish and German stakeholders were on the agenda revolving the following questions:

The event engaged in a German-Danish energy policy dialogue and was held in English.

All slides which were presented during the event as well as the publication can be found in the media-section below.

Renewable Energy Integration and Flexibility – What Can We Learn from the Danish Energy Transition?