As the world’s second and third largest economies, China and the European Union (EU) have attached great significance to the role of hydrogen in their net-zero paths. The EU and many of its Member States have launched their hydrogen strategies in succession in recent years. Though China has not released a national hydrogen strategy, the country first endorsed hydrogen’s role in the energy sector in the 2019 State Council work report, and more than two thirds of provincial level regions across China have already issued hydrogen development plans, with at least one third of them making hydrogen part of their 14th Five Year Plan for Economic and Social Development and the Long-Range Objectives Through 2035. Regarding hydrogen production, Europe currently produces around 10 million tons per annum, however, almost 20 percent of which are derived from non-fossil fuel, while in China, non-fossil fuel derived hydrogen only accounts for a negligible share of annual throughput at more than 30 million tons.

Against the backdrop of a rising wave of net-zero emissions targets across the world, what barriers have bottlenecked the greening of the hydrogen supply chain in Europe and China? How to foster the economies of scale for green hydrogen, particularly from the perspectives of policy and standardization, cost reduction, digitalization, and resource allocation? How could Europe and China mutually benefit from exchanges and collaboration in these regards and simultaneously move the global green hydrogen agenda forward?

To tackle the above questions, Agora Energiewende – supported by GIZ and the Federal Ministry for Economic Affairs and Energy (BMWi)’s Sino-German Energy Transition Project – organized a Europe-China hydrogen workshop. The event focused on facilitating the Europe-China exchange and cooperation in the fields of green hydrogen supply chain, including mass production, storage and transport, and industrial applications at scale. As a side event of the 2021 International Carbon Neutrality and Green Investment Conference, part of the 2021 China International Import Expo (CIIE), this workshop was co-organized by the Shanghai Institute for International Studies (SIIS) and the Energy Investment Professional Committee of the Investment Association of China (IAC) at the Chinese side.

The 3-hour webinar was hold in English / Chinese with simultaneous interpretation.

PROGRAMME
The detailed programme of this event is available in the download section further down.

PRESENTATIONS
The presentations can be found in the download section below. 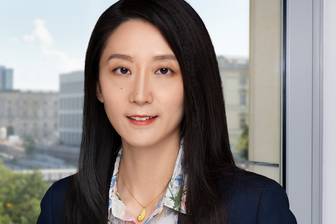