What can be done to increase the share of renewable energies in a country consisting of thousands of islands (and island grids)? 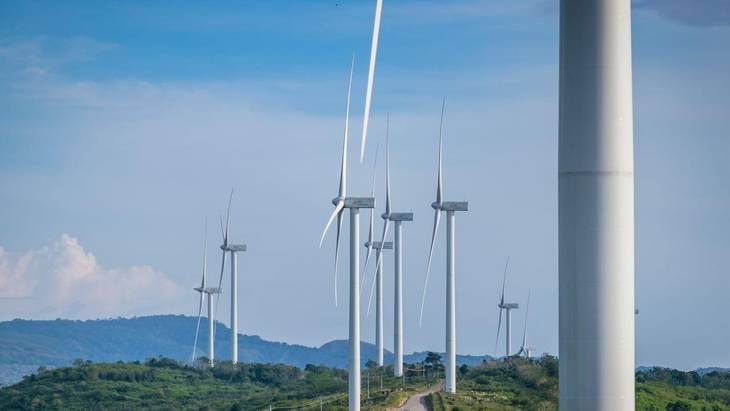 The residents of South Sulawesi remember that night well, gathered on the main road in Sidenreng Rappang Regency (often abbreviated as Sidrap). A policeman on his motorcycle passed by, driving through the night with flashing lights and the sirens audible from a distance. He was guiding several heavy trucks with unusual cargo. Each truck was carrying parts of a wind turbine. That day in August 2015 signaled the beginning of the installation of thirty large wind turbines. Each turbine measured about 80 meters high and with blades about 57 meters long.

The Sidrap wind farm is the first utility-scale wind farm ever constructed in Indonesia. As such, it marks an important milestone for renewable energy development in this rapidly emerging country. Having a total installed capacity of 75 megawatts, Sidrap is the biggest wind farm, not only in Indonesia but in all of Southeast Asia. The Indonesian utility company, Perusahaan Listrik Negara (PLN), expects to power around 67.000 average households with the electricity from this wind farm. For the government, this installation means catching up to Indonesia’s General National Energy Plan (RUEN) target for wind installation by 2025, which is 1,8 gigawatts.

Wind farms are waiting for their connection

As it stands, the installed capacity from the Sidrap wind farm contributes only about four percent of this 1,8 gigawatts target. To reach the remaining 96 percent, many more wind farms need to be built. About 300 kilometres to the south, in Jeneponto Regency, also in South Sulawesi, another new wind farm has been built with a capacity of 72 megawatts. However, this farm is still waiting to be connected to the grid. The state-owned energy utility PLN has stated in one of the national online newspapers that they are waiting for a capacity upgrade in the hydropower plant Poso (from 300 to 550 megawatts) before connecting this second wind farm. According to them, this is necessary to establish a real time balance between generation and demand when there is no wind. Moreover, in a separate interview, a representative from PLN further added that they can only accommodate these two wind farms to the existing grid due to their intermittency. But, is that really the limit? Or can more wind farms be integrated in this system helping to meet the national energy target?

Currently, Indonesia has around 38 large electricity systems, which are spread over the thousands of islands that make up the country. The majority of these systems are stand-alone systems. The only interconnection exists between the islands of Java and Bali – known as the “Java-Bali interconnection”. On the island of Sulawesi, where Sidrap and Jenepoto are located, there are two electricity systems. Both wind farms, Sidrap and Jeneponto, belong to one of the two, the Sulbagsel electricity system. Once the Poso hydropower plant upgrade is completed, and Jeneponto is connected to the grid, the Sulbagsel system will have a total installed capacity of 1.569 megawatts, with 147 megawatts (or 9,4 percent) being wind capacity. This number is considered low compared to the considerable wind potential in South Sulawesi of around 4,2 gigawatts. However, with those two wind farms, variable Renewable Energy (VRE) generation becomes noticeable to the system operator. Still, the impact should be moderate. Meaning, existing power plants and grids should be able to handle VRE generation if these grids become more flexible in dealing the variability and intermittency of variable renewables. So how could PLN increase renewable energy penetration?

Indonesia's options for the integration of renwables

One way that PLN could consider to increase the flexibility, would be through interconnecting the two electricity systems of the island – Sulbagsel and Sulbagut. However, when looking at PLN’s current existing business plan, the main focus for the Sulawesi transmission system is still to create two big systems, with no intention of interconnecting them.

Another option would be to make the operation of the existing conventional power plants more flexible. However, this option might require the redesign of the power purchase agreement (PPA) between the grid operator and the power suppliers. Therein lies the difficulty. What makes long-term, fixed-price PPAs attractive is that they offer a degree of certainty to both the investor and the purchaser. On the other hand, these kind of PPAs by their nature limit the ability of the system operator to respond to rapid changes in renewable power supply. Because of these PPAs, even when there is abundant supply from wind and solar, PLN still has to pay for the electricity generated, mostly coming from thermal power plants (so-called “take-or-pay” agreements). The take-or-pay contract, therefore, keeps PLN inflexible from absorbing more renewable energy into their grid.

To maximize the renewable energy output and push for a more flexible thermal generation, PLN could also consider prioritizing renewable energies through a different way: coal-fired power plants could be operated to supply peak demand, with a premium tariff as part of the PPA. This way, the premium tariffs could sufficiently cover the costs required for retrofitting the existing thermal power plants – specifically coal plants – and reduce their capacity factor. Before deciding to pay a premium tariff, further analysis should be done to determine whether it would be cheaper to shut down the coal plants.

In Indonesia, conversations about a renewable energy future is promptly becoming the present. To prepare the grid for more shares of low-cost renewables, it is essential to focus on enhancing the flexibility of the system. For Indonesia this could mean: interconnecting stand-alone grids, retrofitting existing coal-fired power plants, renegotiating PPA contracts, as well as changing the rules and market incentives which govern the dispatch of power plants and introducing flexible demand and storage. Once this has been accomplished, police lights ushering in trucks with wind turbines in remote places at all times of the day and night might just become the new normal. 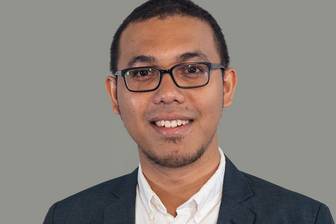 Researcher at the Institute for Essential Services Reform in Jakarta, Indonesia

All posts by Agus Tampubolon