What’s the timeline for Germany’s coal phase out?

Germany will phase out coal by no later than 2038, but it may happen sooner. 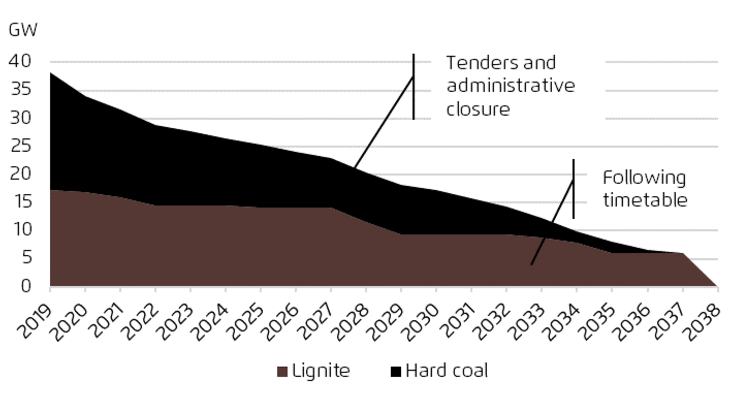 The German coal exit plan was finally adopted at the beginning of July, more or less following the recommendations of the Commission on Growth, Structural Transformation and Employment set up by the government in 2018. The plan heralds a new era in Germany’s energy policy, which seeks to further accelerate the deployment of renewable energies while also reducing its coal generating capacity. At the same time, rising CO2 prices are further undermining coal-fired operations. However, this trajectory will need to be further accelerated if Europe's climate ambitions are to be raised.

The German parliament passed on July 3rd legislation implementing Germany's coal exit plan, bringing many months of negotiations to an end. The legislative package contains two new laws: the Coal Phase Out Act ("Kohleausstiegsgesetz") and the Law on Structural Transition of Coal Regions ("Strukturstärkungsgesetzes Kohleregionen"). The package will be complemented with a EUR 4.35 billion compensation contract with the energy companies RWE and LEAG, operators of the lignite-fired power plants and mines still in operation in Germany, pending approval by the Parliament. The negotiated compensation could be revised downwards following criticism. Compensation payments, as State Aid measures, would also need European Commission approval.

The Coal Phase Out Act establishes a roadmap for the phase out of coal-fired powerplants. The available fleet should decrease to 30 GW by 2022 (15 GW hardcoal-fired and 15 GW lignite), from the currently operational 38 GW, which also includes the 1.1 GW Datteln 4 coal-fired power station that came online last May. By 2030, only 8 GW of coal and 9 GW of lignite power plants are expected to remain. Coal will be completely phased-out by 2038, but the deadline could be brought forward by as much as three years, depending on scheduled progress reports in 2026, 2029 and 2032. The Law on Structural Transition of Coal Regions also includes a EUR 40 billion financial support package until 2038 to help coal mining regions restructure their economies.

Lignite power plants will shut down according the Law’s timetable, with their owners receiving their contracted compensation. Coal power plants, on the other hand, will be closed using a voluntary tendering system until 2027. Eight tendering procedures are scheduled until 2024, with the first already expected in September (see planned tenders). As such, 4 GW should be shut down by 2020 and compensated with a maximum of 165,000 euros per MW installed capacity. The price cap will fall to 89,000 euros per MW for the last two tenders in 2023 and 2024. The reduction in compensation is designed to encourage operators to bid for earlier decommissioning. Coal-fired power plants remaining after the last tender will be subject to administrative closure without compensation until 2038.

Despite the clear timeline for a domestic phase out of coal, Germany is still not on track to meet its climate mitigation goals. This gap will only grow if the ongoing EU negotiations are successful in further raising the Union’s 2030 climate targets to -55% compared to 1990 with the aim of achieving climate neutrality by 2050. Thus, an accelerated coal phase out will be necessary not only in Germany but throughout Europe by 2030. The task of reviewing the coal phase out plans before the planned milestone reviews will fall upon the next German government that takes office after the 2021 Bundestag elections.

Since 2018, rising CO2 prices in the EU Emissions Trading Scheme (EU ETS), which recently stabilised at EUR 29/tCO2, are already putting pressure on coal-fired power plant operators. German coal production has fallen sharply in favour of renewables and gas. In the first half of 2020, coal generated 18% of Germany’s total electricity compared to 50% from renewables and 17% for gas (see our analysis in German). This may make the aforementioned tenders more attractive for operators. Additional mechanisms will still be necessary, notably via the EU’s Economic Stimulus Package and next budget that could further accelerate Europe’s energy transition. For example, additional support for green investments and for the Just Transition of coal regions, particularly in Eastern Europe, as well as the introduction of a EU ETS floor price would be essential for achieving carbon neutrality by 2050. 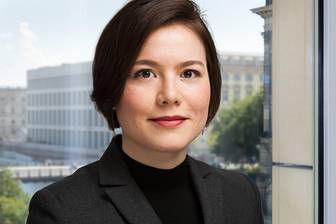