Introducing an oil cap scenario is key for an advanced climate policy in The People’s Republic of China. An oil cap would enable the country to peak its emissions ahead of 2030. 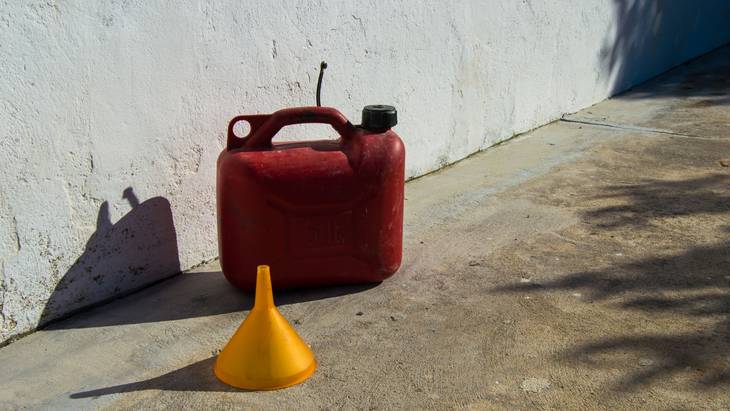 China is the largest carbon-emitter and the largest emerging market worldwide. With this in mind, China’s major task on climate protection for now is to peak its emissions as soon as possible and ensure that the trends are on a downward trajectory afterwards. Under the 2015 Paris Agreement, China has set itself a target of peaking emissions in 2030. With its current climate actions, it is commonly agreed that it is very likely that China will fulfil this obligation. At the same time, there is also agreement on the necessity of tightening the Nationally Determined Contributions (NDCs), the climate targets of the parties. According to the Paris Agreement, NDCs must be regularly updated to achieve the purpose of the treaty. And so far, the global efforts are not sufficient to keep global warming well below two degrees.

If China wants to become a torch-bearer in combating climate change, the following questions ought to be addressed: What should the country do to further enhance its climate ambition? How can China contribute to bringing the global trajectory well below two degrees? This blog entry proposes a roadmap for China to peak its emissions ahead of 2030 by peaking its oil consumption until 2025 and setting a timetable for internal combustion engine vehicles (ICEVs) to be phased out.

China is the world’s second largest consumer of oil, after the United States of America. Moreover, China is the world’s largest oil importer, dependent on foreign oil for more than 70 percent of its oil consumption. Over the past ten years, China contributed nearly half of the growth of oil use worldwide.

China’s oil consumption is predicted to grow continuously in the near future. After China’s successful actions to reduce coal, oil will be taking the lead role of fossil fuels. BP Energy Outlook forecasts that China will account for 40 percent of global oil demand growth by 2035. China’s steady growing economy and the rise of its middle-class consumers are also bringing larger consumption of gasoline, diesel, and plastics. The transportation sector consumed 58 percent of the oil used in China. Currently China’s car ownership per 1,000 people is 160, foreseeing a fast increase compared to the levels of the USA (>800) and Europe (400-600). Meanwhile, the oil share of 18.9 percent of China's general energy consumption is comparatively low among OECD countries, averaging 38 percent in 2017.

However, the expected growth in oil consumption is made on the basis of a business-as-usual case. What if China could make more efforts to avoid entering the age of oil?

With an oil cap for 2025, China will have a 50 percent chance to achieve the 1.5 degree target

The earliest possible oil peak in China would be a key strategy to assist the Chinese government in setting an ambitious target for peaking CO2 emissions around 2025. At the moment, oil is surpassing coal and is contributing more and more to China’s CO2 emissions. China’s energy-related CO2 emissions plateaued from 2013 to 2018 as its coal consumption peaked in 2013 at 4.2 billion tons. At the same time the emissions saved by reducing coal were offset by an increasing oil consumption. Based on the author’s personal calculation, from 2013 to 2018, the contribution of coal to CO2 emissions dropped from 80 to 75 percent while the contribution of oil increased from 16 to 19 percent.

The newly-launched report “Research on China’s Oil Consumption Peak and Cap Policy" by the China Oil Cap Project of the Natural Resources Defense Council (NRDC) proposes a possible way for China to achieve the climate target sooner: an oil cap scenario. In 2018, China consumed 628 million tons of oil, 18.9 percent of which accounted for general energy consumption. Under an oil cap scenario, China’s oil consumption will peak by 2025 at 720 million tons and be following a downward trajectory to 420 million tons by 2050. As a result, China’s CO2 emissions would fall similarly, peaking by 2025 at 10.1 gigatons of CO2 equivalent and dropped to 4 gigatons of CO2 equivalent by 2050. The report shows that this scenario would make the share of China’s oil consumption at highest level of 19.4 percent with more than 50 percent chance to foresee a world of 1.5 degrees of warming.

How is China doing today and what’s the next step

Transportation is responsible for 58 percent of China’s oil consumption and therefore the central component in the oil cap scenario. However, the rapid introduction and mainstreaming of electric vehicles (EV) – sales passed one million vehicles in 2018 and are forecast to meet two million this year – provides an opportunity to peak oil consumption with a stronger policy as early as 2025.

China is moving fast on EV adoption. A series of national and regional policies and regulations were designed to promote EVs. These policies support domestic EV manufacturers and bring environmental benefits at the same time.

Below are a few examples of important government movements. The China Air Pollution Action Plan 2020 for example requires 100 percent adoption of renewable energy public buses in municipalities and provincial capital cities. Also, China's Ministry of Industry and Information Technology (MIIT) announced on September 9, 2017 that they are working on a timeline to ban the domestic production and sale of petrol cars. No target date has been given, yet the ministry announced in August, 2019 that China will roll out pilot regions to test a ban on fuel vehicles sales. This is a positive signal of China’s determination of taking actions on ending traditional cars. Earlier this year, China's southern island province of Hainan announced to ban gasoline vehicle sales by 2030, becoming the first province to declare an actual date to the ban.

With the largest EV market and positive political will, China has great potential to set an example for the rest of the world by putting actual measures in place for the phase out of petrol vehicles. As part of the oil cap scenario, the China Oil Cap Project mapped out a timetable – for the first time ever – for the phase out of ICEVs in various regions across China.

The timetable covers 30 years from 2020. Passenger vehicles would be completely phased out in 28 key cities and one province (Hainan) by 2030. Commercial vehicles would follow the trend and enter in a rapid phase-out period in broader regions after 2035 till 2050.

Phasing out ICEVs is a key strategy for capping China’s oil consumption by 2025. Under the oil cap scenario, replacing ICEVs with New Energy Vehicles would help to reduce oil consumption by 150 million tons in 2050 compared to business-as-usual scenario levels, creating 65 percent of oil reduction potential in transport sector.

Besides transportation, petrochemical is another oil consuming sector and it’s becoming a larger contributor. Reducing plastic consumption and restructuring the petrochemical industries are the other two significant strategies that China should be focusing on to peak its oil consumption by 2025. If China, the second largest economy with the largest population, could make a U-turn on its way toward more oil consumption in the near future, we would be able to witness unprecedented changes in and beyond this country. 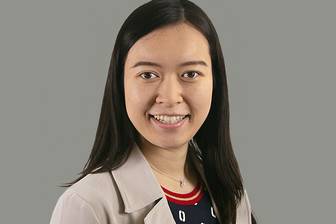 Associate at the Natural Resources Defense Council in Beijing, China

All posts by Zhou Yang