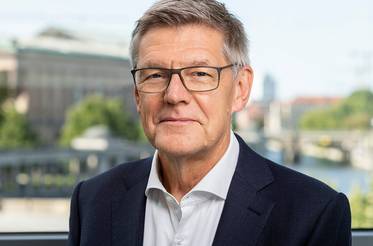 Dr. Utz Tillmann joined Agora Energiewende in September 2020. An experienced expert from the chemicals and energy-intensive industry, he mediates between the concerns of industry, politics, and the environment.

Up to 2019, Tillmann headed the German Chemical Industry Association (VCI) for eleven years as its Chief Executive Officer, where he helped the Executive Committee represent industry interests politically. At the VCI, he launched the Chemiehoch3 sustainability initiative with the BAVC and IGBCE and initiated the study entitled "Greenhouse gas neutrality of the chemical industry until 2050," among other things. In addition to his work for the association, Tillmann also acted as spokesman for energy-intensive industry, where he lobbied for relief regulations in the EEG and emissions trading. He represented the VCI in the CDU’s Economic Council and the SPD's Economic Forum. Since his retirement in 2019, he has been a member of the Green Party’s economic advisory council.

Before Tillmann joined the VCI in 2008, he worked for BASF AG for 18 years in various functions, including setting up a department for association and government relations, which also dealt with sustainability.

Tillmann studied biology in Frankfurt until the early 1980s and previously worked as a telecommunications engineer for the German Federal Post Office.