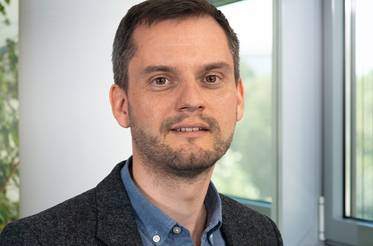 Simon Müller is Director Germany at Agora Energiewende. He leads Agora's work in Germany on overarching energy and climate policy issues as well as in the areas of electricity, heat and energy infrastructure.

In a good ten years as an energy transition expert, Simon Müller has advised governments in over 20 countries on six continents and coordinated and authored various studies on the transition of the power and energy system to renewable energies.

Prior to Agora, he was at the International Energy Agency (IEA) in Paris from 2010-2019, where he established and led a new Unit on system and market integration of renewables. From 2019-2021, Müller was Head of Department for Energy Systems at ENERTRAG, a renewable energy company headquartered in the Uckermark region. He also worked as a consultant, among others for the Climate Neutrality Foundation, Climate Alliance Germany and the World Bank.

Müller is an alumnus of the Mercator Followship on International Affairs and is a member of the advisory board of the DLR Institute for Networked Energy Systems. He studied in Oldenburg, Bremen and Berlin (psychology, physics) and holds a M.Sc. (Diplom) in physics.