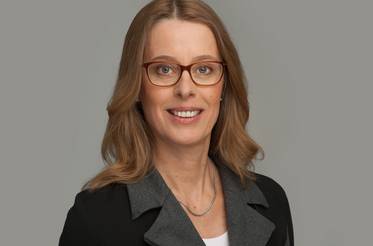 Prof. Dr. Barbara Praetorius is teaching at HTW University of Applied Sciences in Berlin since April 2017. Before of that she has been deputy director at Agora Energiewende.

Before joining Agora Energiewende, she was head of the division Strategy and Key policy issues of the German Association of Local Public Utilities (VKU) from 2008 until 2014. Prior, she has been Senior Researcher and Project Lead in the division Energy, Transport, Environment at DIW Berlin (the German Institute for Economic Research) from 1992 to 2008. At DIW, she headed an interdisciplinary team of scientists from different research institutes, with focus on the technical, organisational-political and behavioural innovations within in the power system. Dr. Barbara Praetorius studied economics and political science and received her doctorate at FU Berlin in 2000 with a doctoral thesis on the electricity market in South Africa. Her research has been published in the form of numerous books, papers and scientific journals both nationally and internationally, with a focus on economic and energy policy analyses, instruments, and strategies for the support of sustainable innovations and energy supply structures.

“Nuclear power is like fighting world hunger with caviar, it’s like using the most expensive option when there are far more plentiful and nutritious options available.” Prof Benjamin Sovacool, lead author for IPCC on climate change mitigation between now and 2050.

1/ 🚨HSBC made a *secretive* multimillion-dollar loan to the energy company bulldozing a village in western Germany to expand its huge coal mine, just three months after the bank pledged to stop funding coal thebureauinvestigates.com/stories/2023-0…