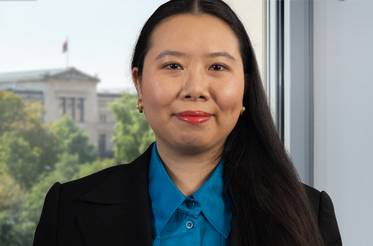 Lixue Lin-Siedler is based in Berlin and works as a Team Assistant for Team International and Team China. Before Joining Agora Energiewende, Lixue worked as a guest researcher and conference coordinator for the research project "Marine Resources in East Asia" at the Friedrich-Meinecke Institute. Before that, she worked as a data analyst and research assistant on various research projects at the Freie Universität Berlin and Max Planck Institute for History of Science. During her master's degree, Lixue conducted field research on energy strategy in Russia, studied at the State University of Saint Petersburg for one semester, and worked at the NGO Bellona St. Petersburg. She also completed internships in energy efficiency programs at the Natural Resources Defense Council and United Nations Industrial Development Organization in Beijing.

#renewables reduce power prices ⤵️ Our priority out of the energy and climate crises should be... 1⃣ faster deployment of RES 2⃣ #flexible #electrification to get rid of fossils #industry #power2heat twitter.com/AgoraEW/status…