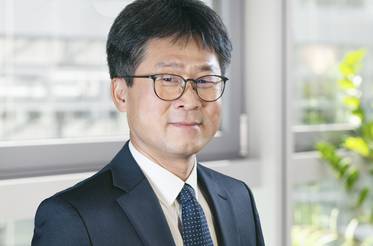 Kwanghee Yeom joined Agora Energiewende as Senior Associate South Korea in October 2020. From June 2017 to July 2020, he served as Assistant Secretary to the President for Climate and Environment at the Office of the President of the Republic of South Korea. In this position, Kwanghee developed energy-related policies, such as the energy transition roadmap based on a nuclear phaseout and renewables promotion, climate protection policy, measures against particulate-matter pollution, the Korean Green New Deal, and more.

After completing his Master in energy systems and management at University of Flensburg, Germany, and his Dr. Phil. in political science at the Free University of Berlin, Germany, Kwanghee worked for the Seoul Metropolitan Energy Corporation as Senior Researcher from 2016 until June 2017. Kwanghee's career started as a Renewable Energy Campaigner at Friends of the Earth Korea from 2002 to 2007.

The policy brief „Argentina as a hub for green ammonia: A forward-looking development strategy for addressing the global energy and climate crisis” was developed in collaboration with @FTDTcambiocli under the umbrella of the PtX Hub. Download (ENG & ESP): bit.ly/3DJ1zMo