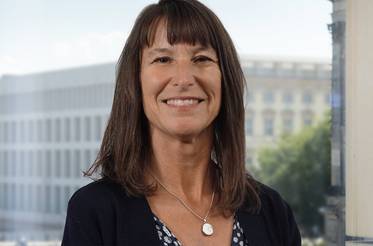 Julia Franz joined Agora Energiewende in 2022 as an Event Manager.

Before she joined Agora, Julia worked as a Cultural Manager for a community stage in Berlin and founded an underground music festival during that time. As a freelancer, she developed and performed campaigns for Amnesty International and at times managed their stage programs. For many years, Julia worked as Advertising Director and Account Manager in a variety of organisations and agencies, among them DGB Bundesvorstand (Trade Unions Main Office, Germany) from 2003-2007.  Other agencies include W,H,S, Publicis, Zum Goldenen Hirschen, and Springer&Jacoby. Julia finished her apprenticeship as an Advertising Expert at Springer&Jacoby Advertising, Hamburg in 1993.

Julia also spent two years in Paris (1994-1996), where she gained journalistic experience in the ARD Studio Paris and as a correspondent for the Tagesspiegel and Handelsblatt.

Renewables protect against energy crunches like the one we are experiencing now. Under normal circumstances, they lower end-user bills by reducing dependence on volatile #fossilfuel prices. Learn more on our #Energiewende dashboard: bit.ly/3xNd5DC

Q3: How do #renewables impact consumers? Today, wind & solar are the cheapest sources for energy production in Germany and many other parts of the world.