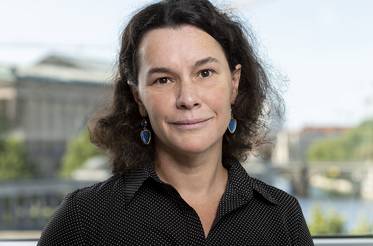 Until September 2022, Jesse Scott was Director of International Programmes at Agora Energiewende. She led Agora’s work on the energy transition beyond Europe in major and emerging economies, including research projects, collaborations with country partner think tanks, and strategy. Before joining Agora in February 2019, Jesse worked at the International Energy Agency in Paris where she was a lead author of the Agency’s pathbreaking report on the opportunities and risks of digitalizing the energy system. Prior to that, she worked for fifteen years in Brussels on European Union energy and climate policy-making, including as Head of Climate and Environment for the electricity sector association Eurelectric and as organiser of cross-sector advocacy to strengthen the EU Emissions Trading System from 2011 to 2014.

In autumn 2022, Jesse Scott is taking a part-sabbatical while joining DIW as a visiting researcher to work with the German government on G7 and G20 agenda follow through and on Just Energy Transition Partnerships (JETPs). She also continues to teach at the Hertie School Centre for Sustainability. Jesse’s experience spans business, government, campaigning, law, and think tanks. She holds a degree and masters from Cambridge University and also studied in Italy at the European University Institute.

UK 🇬🇧 may need to spend ~£10bn PER YEAR this decade to protect itself from climate impacts, says @theCCCuk. This includes: 🌊 £1bn for flood defences 🏘️ £1bn to stop homes overheating 🌳£3bn for nature restoration 💧£0.7bn for water supplies 🏢+£ to climate-proof infrastructure

One of the more interesting elements of the Green Deal Industrial Plan: The Innovation Fund will be transformed into a more result-based instrument. In an auction for supporting renewable hydrogen, bidders can receive a fixed premium for each kg produced commission.europa.eu/system/files/2… pic.twitter.com/2m1YXJrSTG