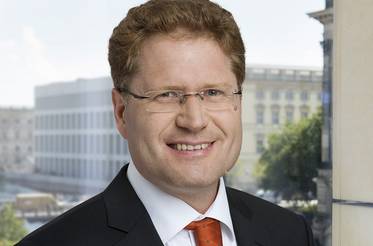 Patrick Graichen helped build Agora Energiewende in 2012, initially as its Deputy Director; since 2014 he has been heading the think tank in the capacities of Executive Director. During his tenure he ceaselessly gave the right impetus to the policy governing the Climate & Energy in Germany, Europe and other international communities, among other things, concerning power market design, expansion of renewable energies, consensus on coal, thermal energy transition and industrial policies relating to energy turnaround. As in the past, he continues to be constantly in touch with many players, exchanging views on the policies linked to Climate & Energy. In 2018, he was adjudged the Energy Manager of the year by the journal Energie & Management on behalf of a jury.

Prior to joining Agora Energiewende, Graichen worked in the Federal Environment Ministry from 2001 to 2012, first as a consultant in the department for International Climate Protection, then as a personal advisor to the State Secretary and finally as the Head of Unit Climate & Energy Policy. During this period, he was responsible for the negotiations, among other things, on shaping the economic instruments of the Kyoto Protocol, the Federal Government‘s Integrated Energy & Climate Programme of 2007, the EU Climate & Energy Package 2008, as well as the legislative proceedings with regard to the Energy Act.

Graichen has been involved with the topic of energy transition since he was a student. He pursued his studies in political science and economics in Heidelberg, Germany, and in Cambridge, UK; he completed his doctorate on Energy Policies of Municipalities at the Interdisciplinary Institute for Environmental Economics at the University of Heidelberg.

Patrick Graichen is married and has four children.

I don’t think people fully appreciate that high inflation in the US and the Euro area is over. We are back at 2% Part of the high inflation perception today is measurement: instantaneous inflation in December is 2% instead of the conventional measure of 6.5% 1/9 pic.twitter.com/PYMNAS59OX

"Global warming stopped in that El Niño year" It did not, unfortunately. pic.twitter.com/TMUIWdTPfO