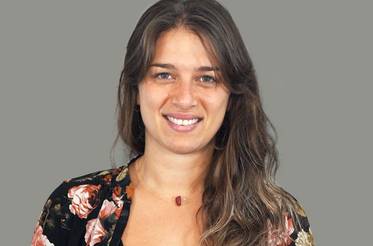 Daniela Gomel coordinates the Public Policy and Governance Division at the Fundación Vida Silvestre Argentina (FVSA). She works on governance and advocacy strategies to strengthen public policies on conservation issues regarding energy and climate change, land use and oceans, among others. She also teaches political science at the University of Buenos Aires. Before FVSA she was a legislative adviser at the Argentinean national congress where she contributed to the enactment of the law in support of allowing distributed generation with renewable resources. She also worked at the Environmental Protection Agency of the City of Buenos Aires and at the NGO “Fundación Directorio Legislativo” coordinating the interests of civil society on environmental public policies. Daniela holds a Master of Science in Energy Policy from the University of Sussex in the United Kingdom.

As an EnerTracks Fellow Daniela is working on the role of cooperatives in developing decentralized power generation from renewable energy sources. In this respect, she deals with the business models and regulations of the German energy transition that are applicable in the Argentine context.