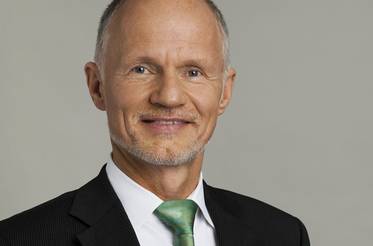 Rainer Baake is an economist by training and started his career as Deputy District Administer of the Marburg-Biedenkopf district in the Federal State of Hesse (1985 till 1991). In 1991, he was appointed to the post of State Secretary in the Hessian Ministry of Environment under the then-minister Joschka Fischer. From 1998 to 2005 Baake was Permanent State Secretary in the Federal Ministry of Environment under the then-federal minister Jürgen Trittin.

As such, he shared responsiblity for several of the major environmental projects of the red-green government, including the nuclear power phase out, the formulation of the Renewable Energy Act (EEG), emissions trading, and the Kyoto Protocol. From 2006 to 2012 Baake served as Director of German Environment Aid (Deutsche Umwelthilfe) where he mainly dealt with climate and energy issues. In April 2012, Baake was appointed Managing Director of Smart Energy for Europe Platform GmbH and Director of Agora Energiewende.

In this position, Rainer Baake established Agora Energiewende until he has been appointed State Secretary at the Federal Ministry for Economic Affairs and Energy begin 2014.